Sweet corn is one of the most glorious pillars of summer produce. And is it me, or does summer corn’s creamy sweetness go just perfectly with bacon?  Aaaaand more cream? Chowder is the natural answer for combining all these fabulous flavors, but chowder? In the middle of the summer? 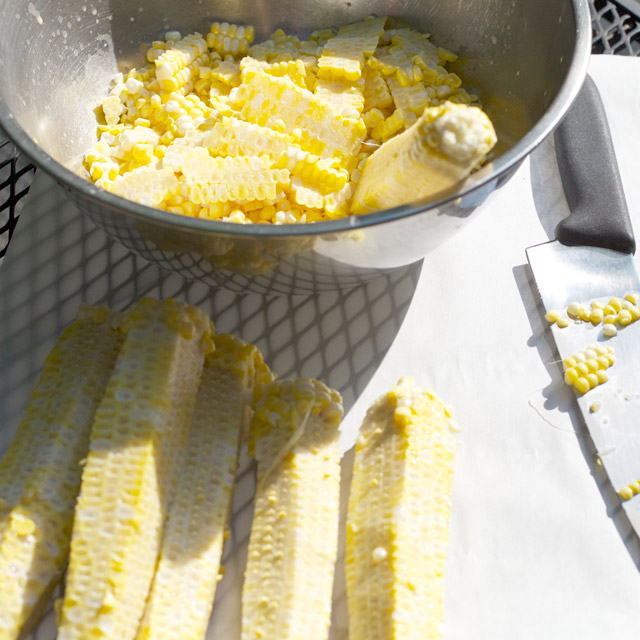 This recipe is the perfect chowder for summer. It’s rich and sweet without being unbearably heavy. That said, you should maybe save it for a day that dips below 90, like today if you’re in Maryland, as making it does require stove heat. 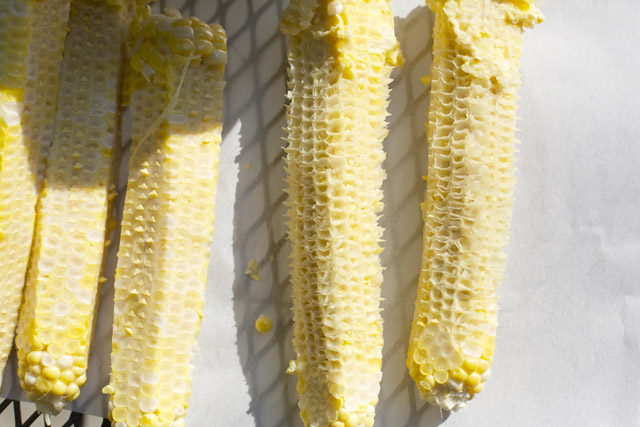 I found the recipe on one of my favorite websites, Food 52. It’s brilliant because it’s dead simple, full of vegetables, the flavors are clear and harmonious (not to mention a leeettle spicy!) and it takes advantage of  corn’s magic, sweet and starchy secret: milk. 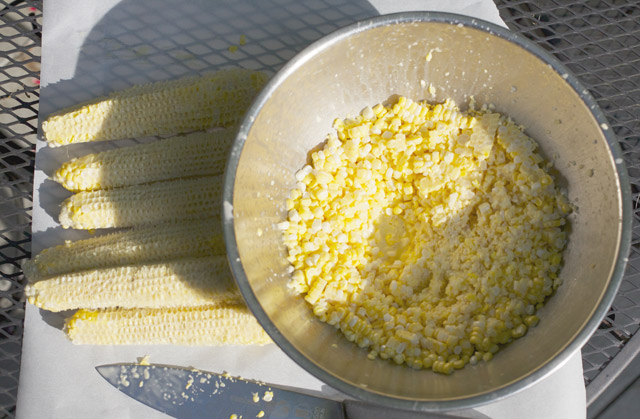 This is what “milked” corn looks like. You “milk” corn after slicing the kernels from the cob by scraping the blunt edge of your knife down the side of each cut cob, thus freeing the pulp and juice from each little corn socket to fulfill it’s divine destiny. This is by far the messiest and most labor-intensive part of the recipe, but it’s also really the only messy and labor-intensive part of the recipe, so buck up. Everything else is stupid easy. Do the “milking” outside if you can, or lay out some newspaper before you begin. And don’t wear silk or cashmere, duh. 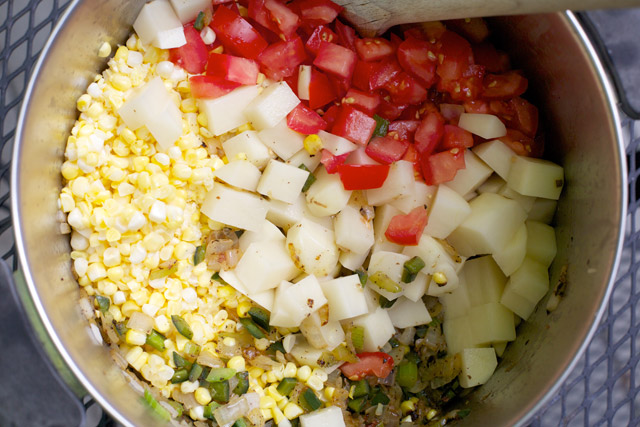 Brown some bacon in a deep pot and reserve it for garnishing bowls later. Saute onion, poblano, jalapeno, and celery in the drippings, then pile the rest of your chopped vegetables in the pot, including the corn and its “milk”. 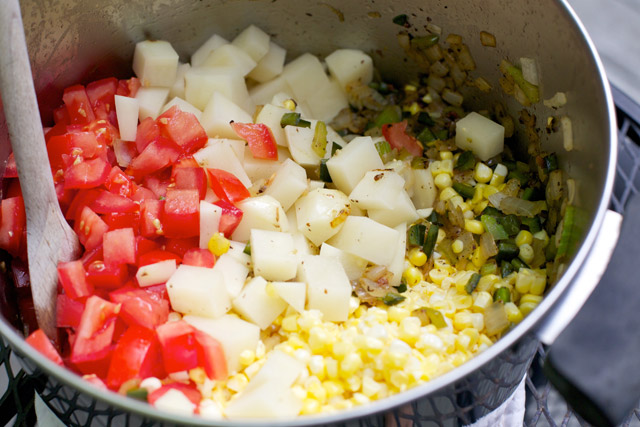 Cover the pot and set it on the stove for a little over a half hour. PS don’t even think about subbing canned tomatoes for fresh here. The tomatoes don’t have to be perfectly ripe, but they do have to be fresh, and juicy (so no Romas either). 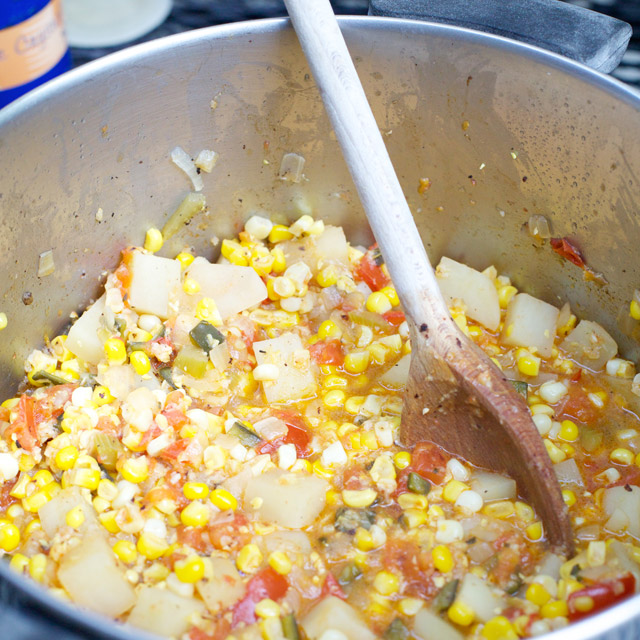 The first time I made this I was amazed by how much liquid came out of these vegetables. This is why fresh corn and fresh tomatoes are important – without them you won’t get all that broth.

At this point there’s almost nothing left to do. 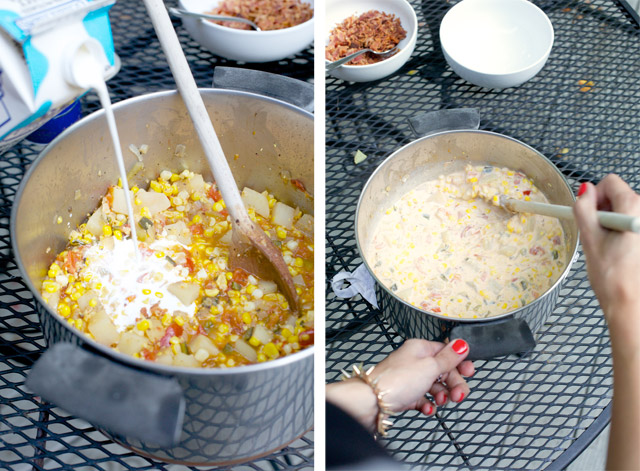 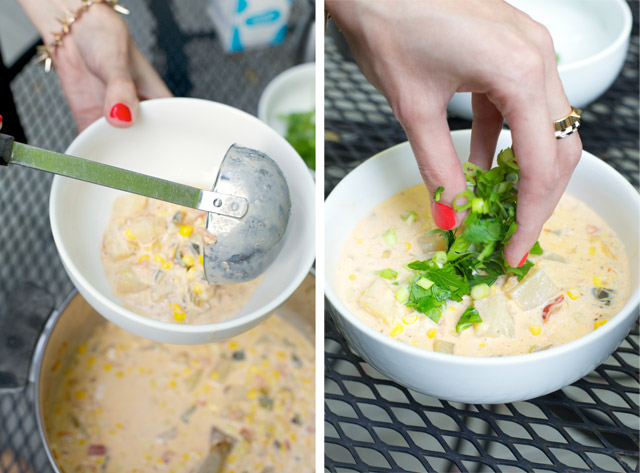 Garnish with parsley (and scallions if you have any). 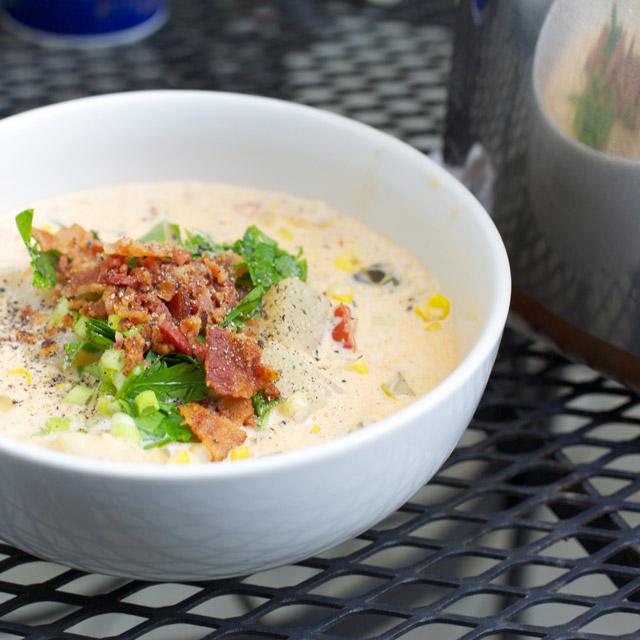 Add bacon, a grind of black pepper if you like, and serve with crusty bread. Read the entire recipe for brilliant, perfect summer corn chowder here. YOU’RE WELCOME.

It's Time to Make a Tomato Sandwich

Tomatoes have always been my favorite vegetable, and I love vegetables more than the average human. Tomato season, for me, rivals holiday season. And I don’t even like summer.

Before I had my wisdom teeth ripped from my skull last week, I made a point of taking a trip to the farmer’s market to find the perfect tomatoes for my perfect tomato sandwich. These are they. 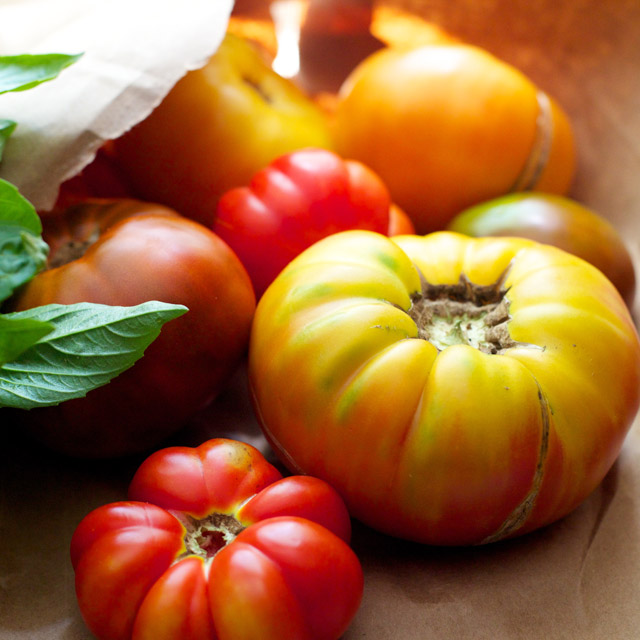 I also found this giant bunch of basil for $1.25 – which is amazing because those little boxes of sad basil at the supermarket are what, three bucks each? 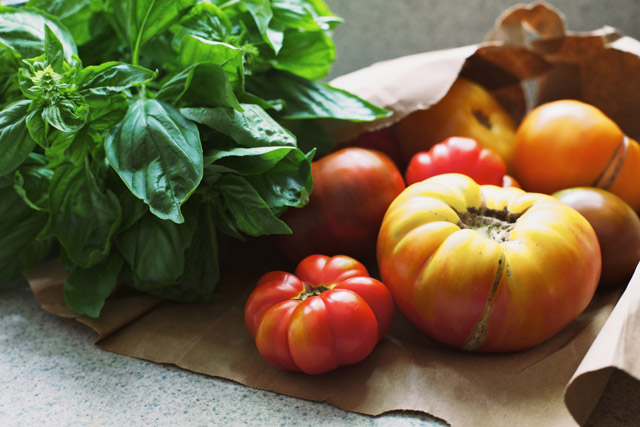 Tomatoes come in so many pretty colors and shapes! This one is called a pineapple tomato, and it’s a little citrusy. 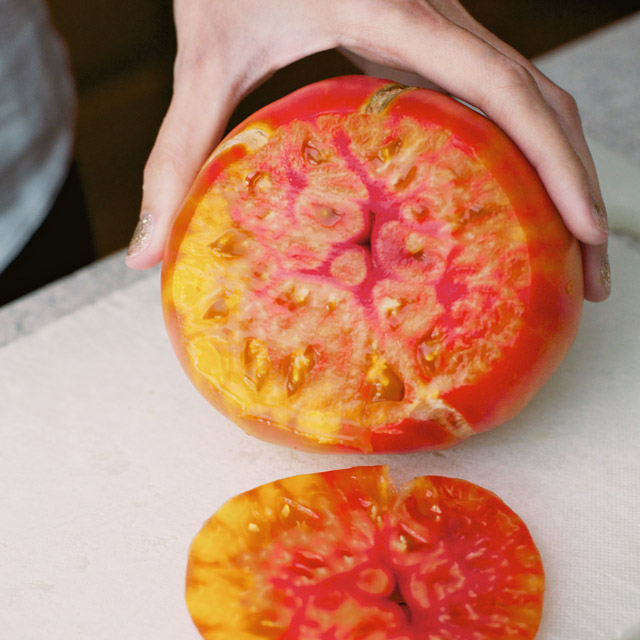 Tomatoes should not be eaten without salt. 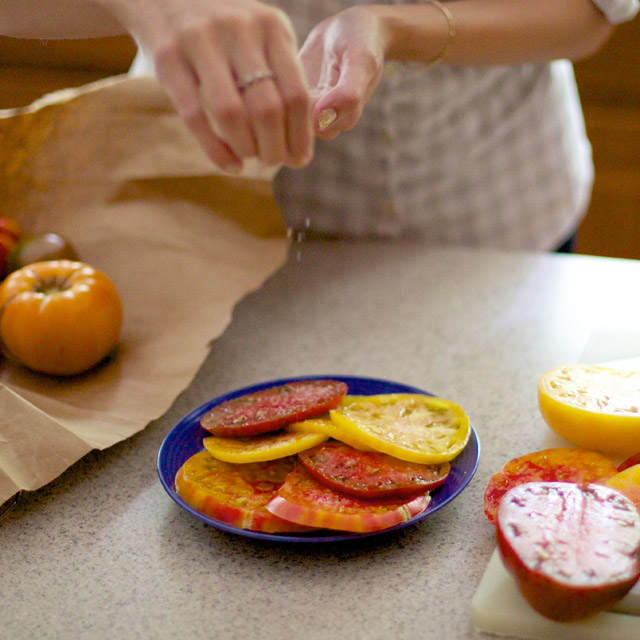 You know what I mean? 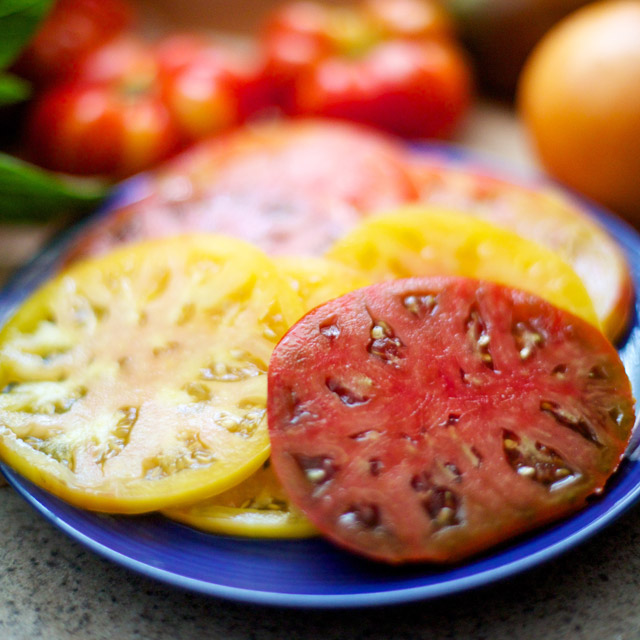 For my perfect tomato sandwich, I made basil aioli. It was delicious, but not mandatory. Here’s a good recipe if you want to try your hand. 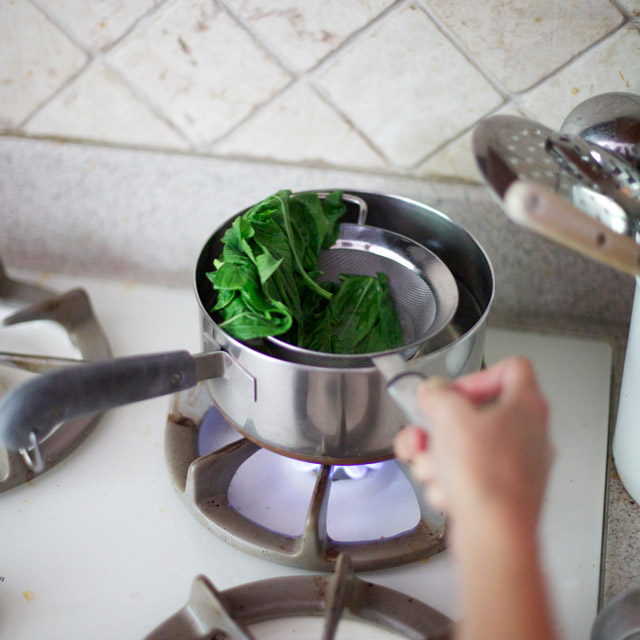 When you make your tomato sandwich you can make it with basil aioli if you want, or you can make a BLT, or you can use Hellmans, or even cream cheese. Just promise me you’ll keep it simple. This is about tomatoes. 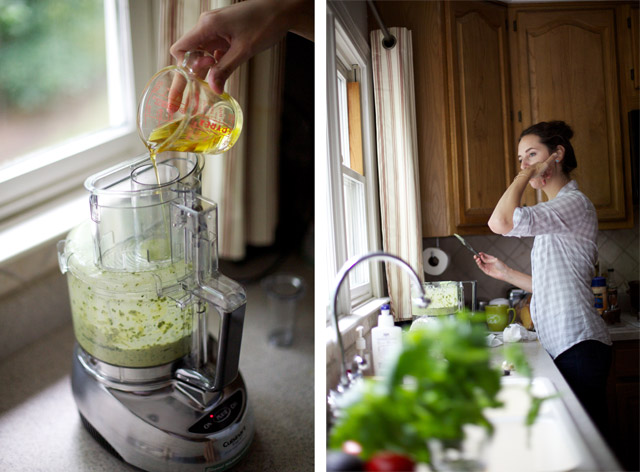 This squirrel knew I was up to something delicious. 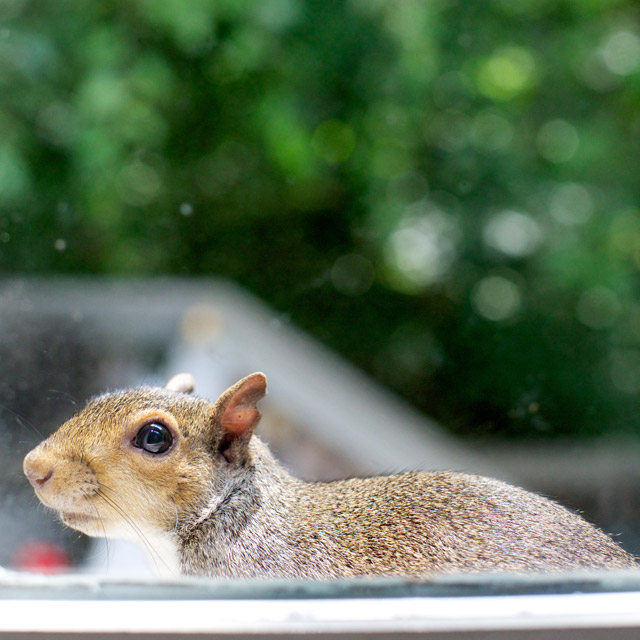 Toast your bread on a baking sheet under the broiler so it’s crispy on one side and soft on the other, and put your fillings on the toasted sides. This way you get the crisp texture of toasted bread without destroying the roof of your mouth. 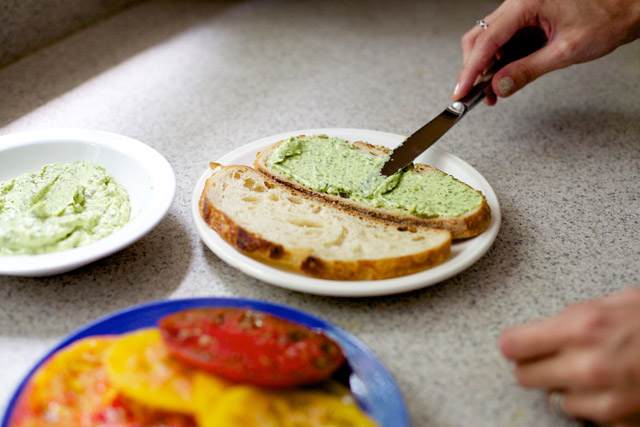 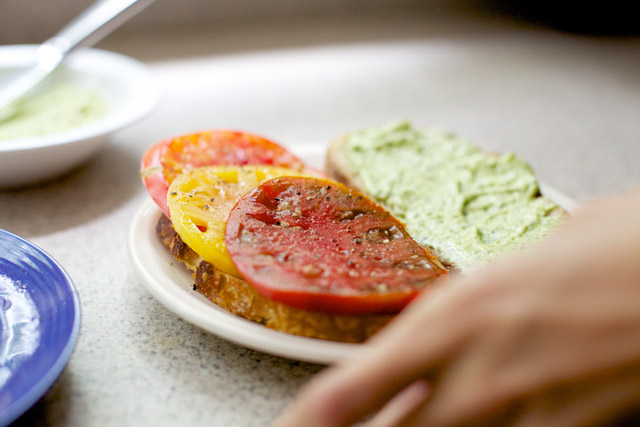 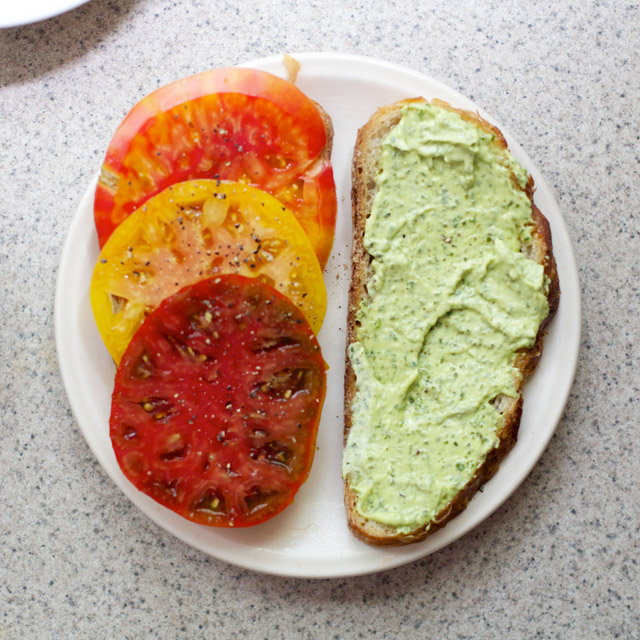 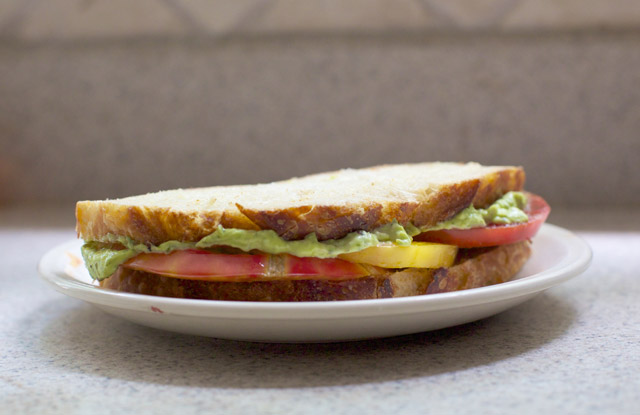 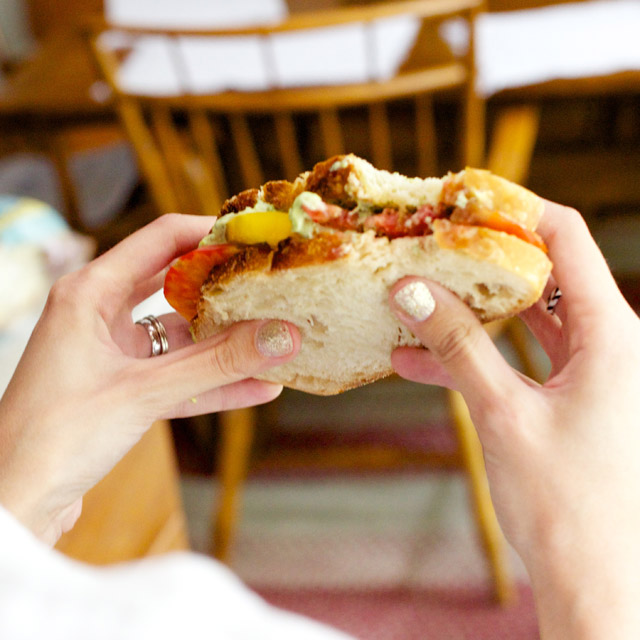 Save a bite for Murdock if he’s very very good. 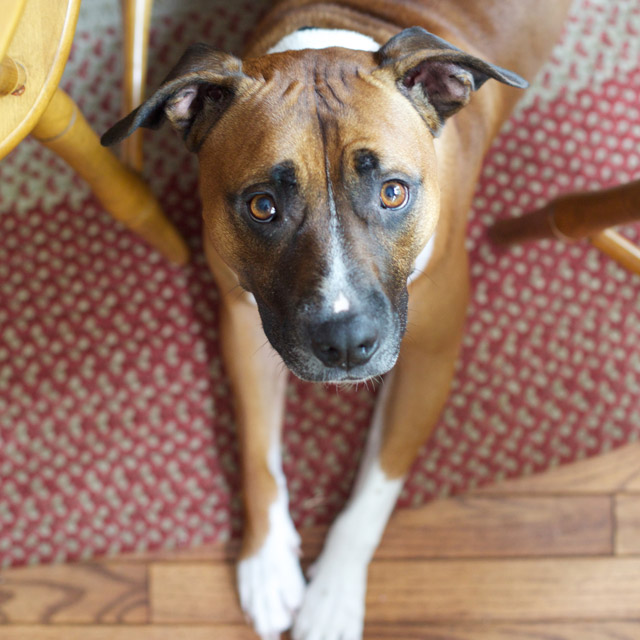 Happy tomato season. Savor it while it lasts!

I had my wisdom teeth taken out on Wednesday and it was my first actual surgical procedure ever. I had been freaking out about it for weeks, not because I was afraid of the pain or anesthesia so much, but because I was afraid of not being able to eat solid food for a significant span of time without risking the mythically dreaded dry socket. It’s hard to stay full when all your foods are slurp-able. My family has been going above and beyond to accommodate my new restrictions, which I love because they are the sweetest but also hate because I dislike being the subject of doting. But Cody has been keeping me in fresh ice packs and my fancy grandma made me fancy beef and tomato aspic (like meaty jello, but actually delicious) and vichyssoise (cold potato leek soup, also much better than it sounds). I have to be losing weight with all this liquid nonsense, but my cheeks won’t allow me to believe that. I look like a hamster with too many seeds in her pouches.

Anyway I wanted to let you know that in the last 36 hours I’ve seen a lot of TV and browsed a lot of interweb and I have some recommendations for those of you with down time on your hands.

On Netflix you should definitely watch “Animal Odd Couples“. It’s the cutest documentary about abandoned animals who adopt each other as companions. My favorite is the Jack the goat with his blind horse friend Charlie.

For those of you who are into food, “The Mind of a Chef” with David Chang (of Momofuku fame) is a great find, with 16 episodes for your extended viewing pleasure – also available on Netflix.

And lastly, for some online entertainment, I give you 40 Days of Dating. It’s basically a real-life romantic comedy where two friends who found themselves single at the same time decide to try dating for 40 days as an experiment, and document the whole thing. It’s prettily-packaged and the couple is super cute and hip. Start reading day one, no skipping ahead!

More posts about food are coming soon. I just wanted to let everyone know I’m not dead, just hungry.