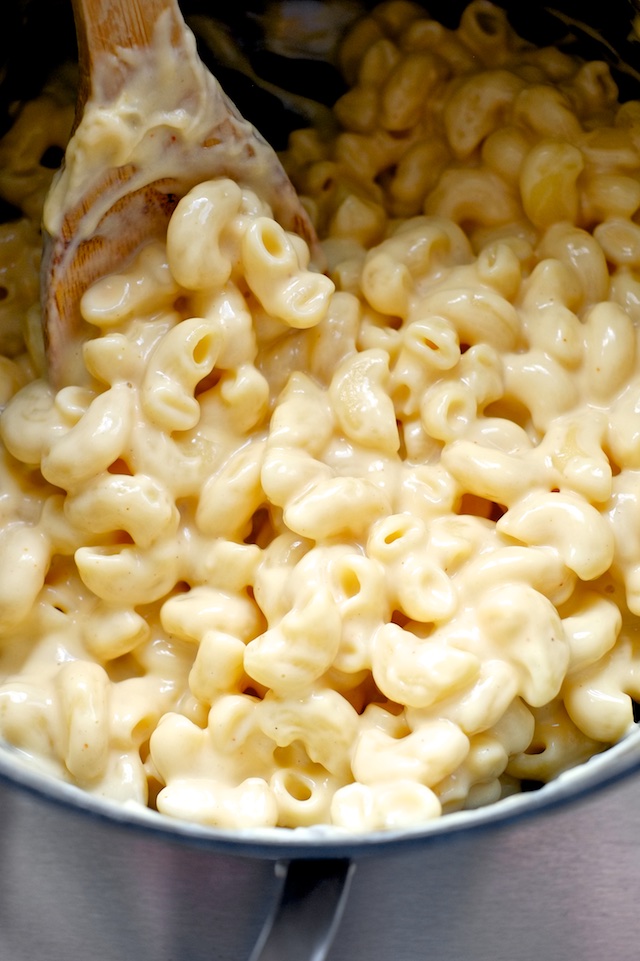 So normally when I make macaroni and cheese, I do the following: make a béchamel sauce in a big pan, melt some cheeses into it, boil a separate pot of salted water, cook my pasta, drain it, and stir it into the cheese sauce. It’s not a hugely involved process, but it does dirty two cooking vessels. Three if I decide I want to bake it with a crispy top.

I already knew one pot pasta was a thing, and I’d even successfully macaroni and cheese’d some gluten free pasta back in the day, but for some reason I’d never tried one-potting my normal macaroni and cheese recipe. I think I assumed one-pot macaroni wouldn’t be as good as the traditional method. But GUESS WHAT… 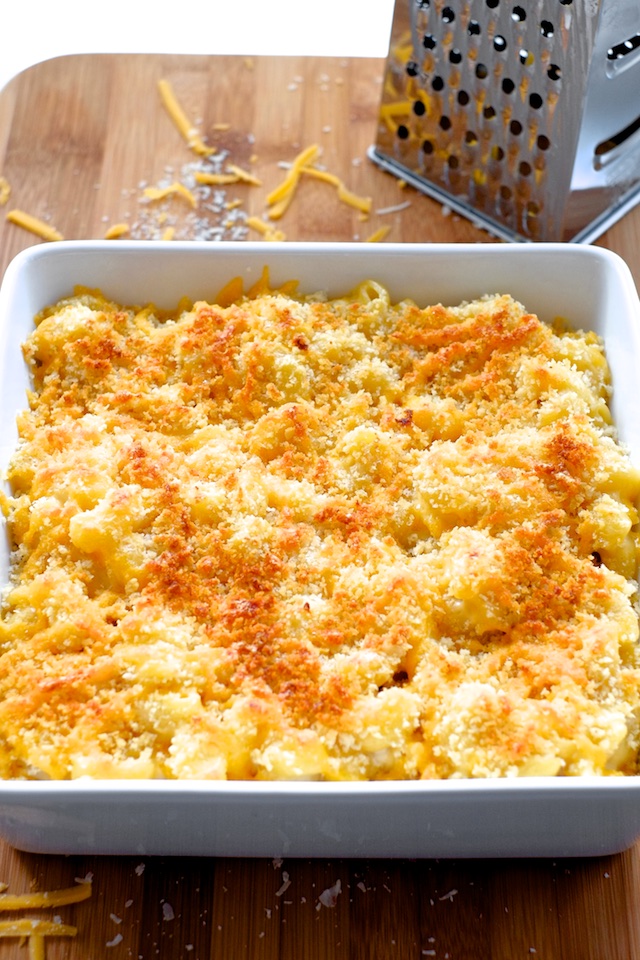 Flavor-wise I couldn’t really tell a difference between my béchamel cheese sauce version and the one-pot method, but texture-wise, the one pot version took the cake. It’s smoother and creamier somehow, and it’s LESS WORK.

So I’m ruined. I think I’ve made my last batch of old-school macaroni and cheese because why would I go back? When this takes a grand total of 10 minutes to make, dirties fewer dishes and tastes amazing? My eyes have been opened and my slapdash weekend lunches will never be the same because I know now that I’m only ever 10 minutes, a box of noodles, and some shredded cheese away from real comfort food. 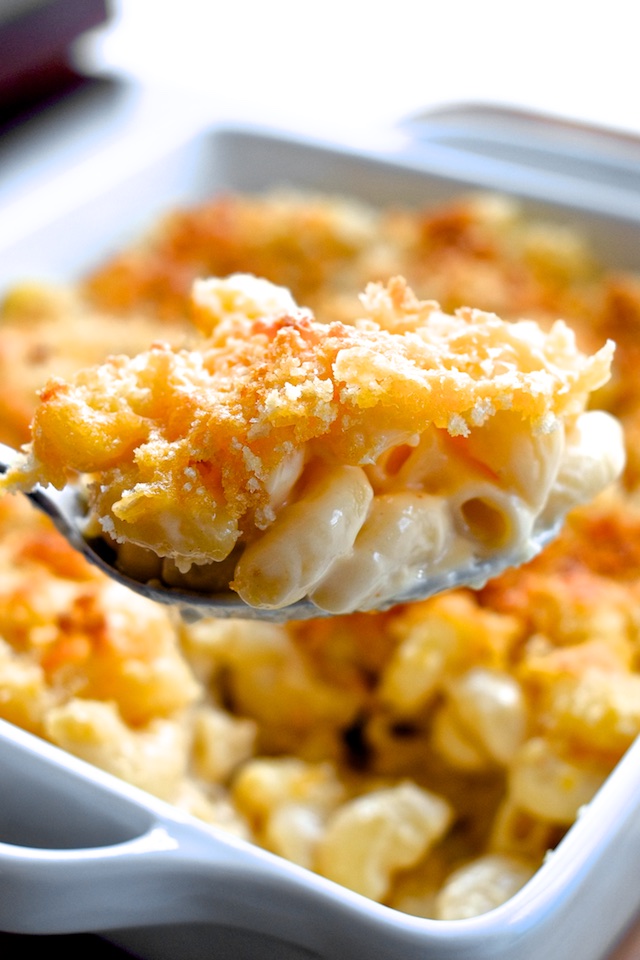 Method:
1. In a large pot over medium-high heat, combine dry pasta with milk and broth. Bring to a boil and stir occasionally until the pasta is cooked.

2. While you wait for the pasta to cook, between stirs, shred cheddar cheese, gruyere, and parmesan.

3. When the pasta is tender, most of the milk and broth will be absorbed. If the pasta looks too dry or too wet, add a splash of milk or scoop out a tiny bit of the liquid with a spoon (easy fix, right?) Keep in mind that adding cheese will thicken any liquid that is in the pot by quite a bit.

4. Remove the pot from the heat and while the pasta is still very hot, add cheddar, gruyere, and parmesan a handful at a time, stirring between each addition until the cheeses are melted. Add pepper and mustard and salt, to taste.