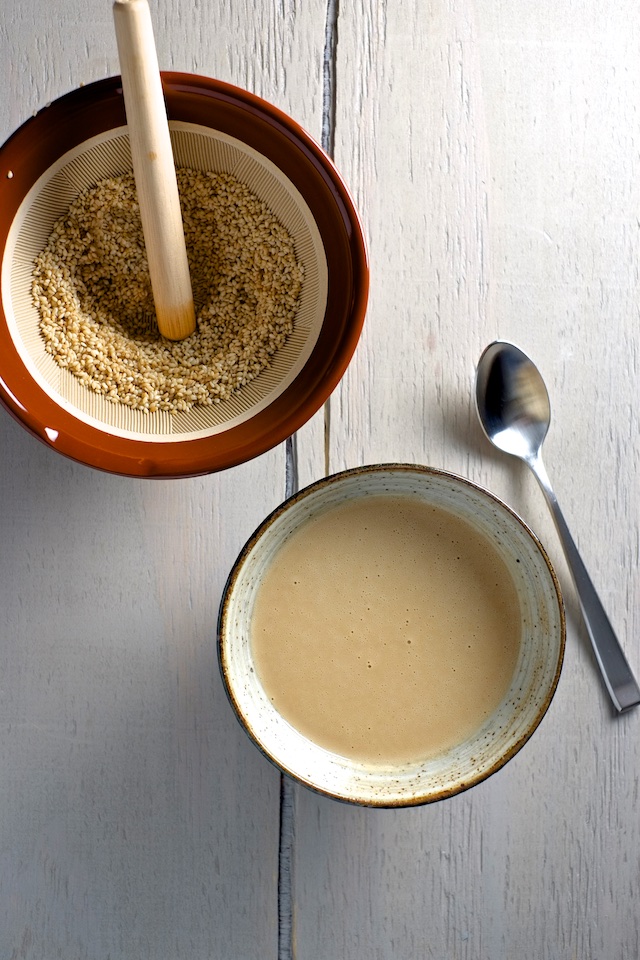 AKA the best salad dressing you’ve never had. Or at least I had never had it, until Cody and I went to Japan for that NASA thing we did, and then I had it all the time. The little hotel that hosted us for our four-month Tanegashima stay gave us these crazy “western” breakfasts that translated to a veritable grab-bag of western foods often including an egg, some kind of breakfast-y meat, a little orange or chunk of banana, a slab of toasted Japanese white bread with margarine and jelly, and a green salad or a few pieces of steamed broccoli, over which we poured this dressing. Salad and broccoli for breakfast!? With this dressing, it was totally acceptable. 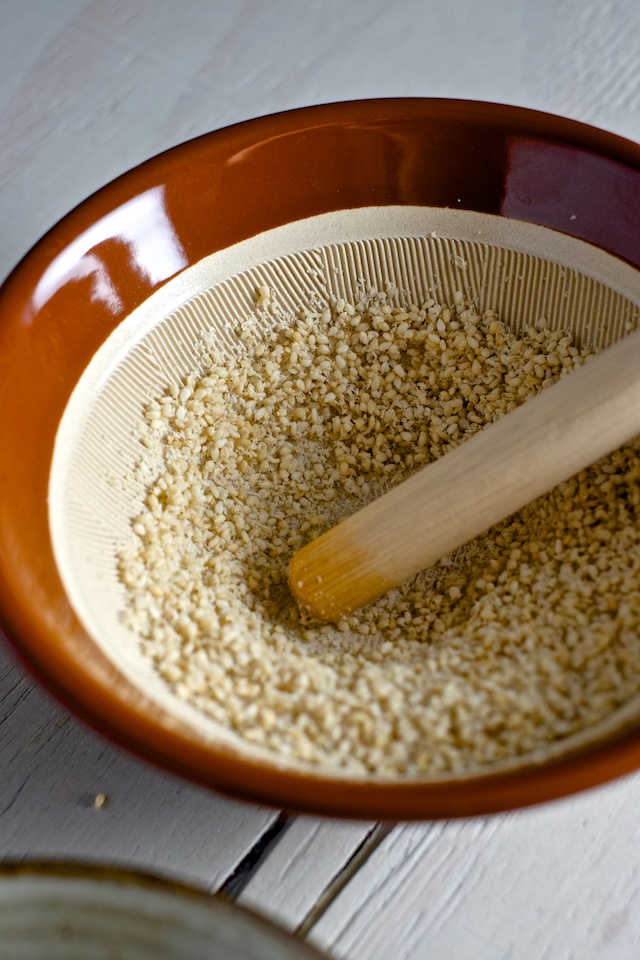 I kind of fell in love with sesame everything while I was in Japan, so I bought myself one of these little sesame grinding bowls for 300 yen (that’s about three bucks US) and I have an inordinate amount of fun listening to the little seeds pop and huffing that sesame scent while I make sesame foods. It’s intoxicating. If you are at my house while I’m grinding sesame seeds I will shove the bowl in your face and make you share this joy with me. And you will appreciate it, or else. For people who are less freaky about sesame things, a spice grinder or food processor will do the job (though you’ll need to use a slightly different method with a processor…I’ll explain later). 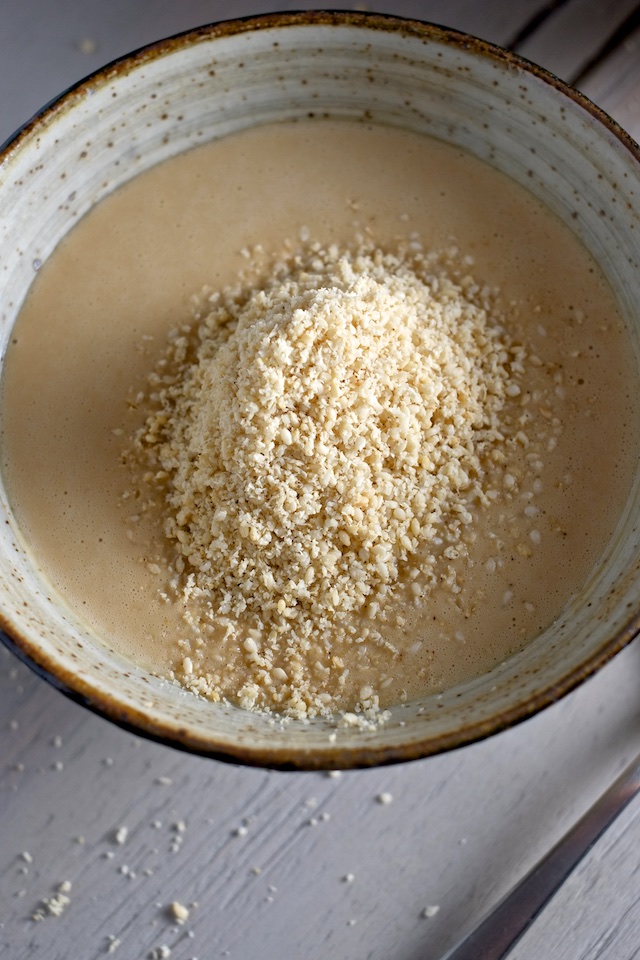 The best thing about this dressing is that it tastes amazing with and on everything. We were served it with 90% of the salads we ate in Japan, along with most of the steamed and stewed vegetables, shabu shabu meats, stir fry, etc. Lots of restaurants just had little bottles of it sitting on the table next to the soy sauce and togarashi. As awesome as the bottled stuff is, homemade is better (surprise, surprise). It’s also really easy to make, so I recommend that you do. 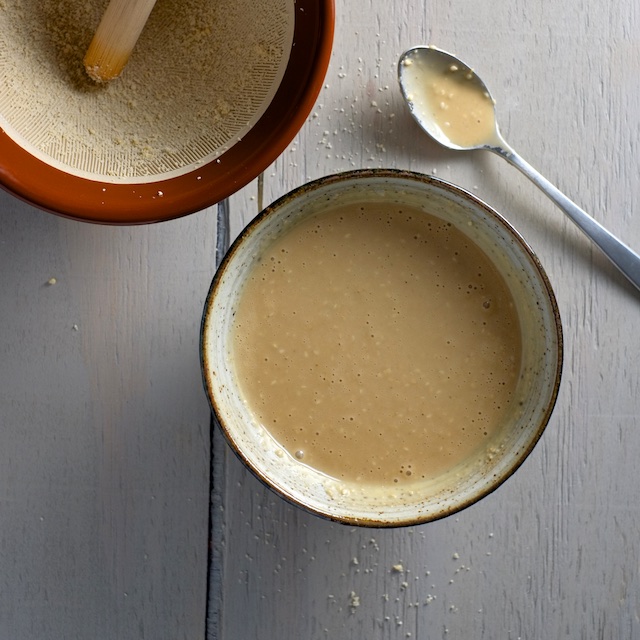 2. In a bowl (or the bowl of your food processor) add mayo, rice vinegar, soy sauce, toasted sesame oil, sugar, and pepper if using. Whisk or pulse just to combine.

4. Serve over a green salad, with broccoli, on a sandwich…use your imagination.