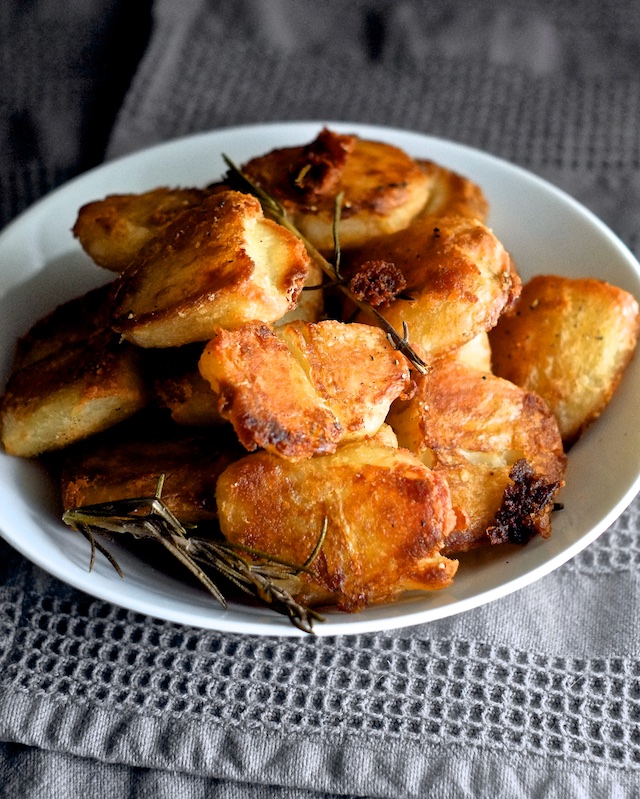 Crispy potatoes are my kryptonite. I live for spuds that crunch so loud I can’t hear myself think, like twice-cooked Belgian frites, Utz ripple chips, and these English roasted potatoes. Cody lived in England for a bit before we met and told me about the potatoes they made with their Sunday roasts. I thought they sounded like more work than they were worth, and tried to replicate them by blasting raw potatoes in the oven until they turned to leather. I was a fool. I have since experienced properly crisp yet creamy English potatoes, no corners cut, and they are a revelation.

These potatoes are made in two steps. It’s a bit of work, but worth it. They’re also not so much roasted as fried in the oven but let’s not get hung up on semantic trifles. 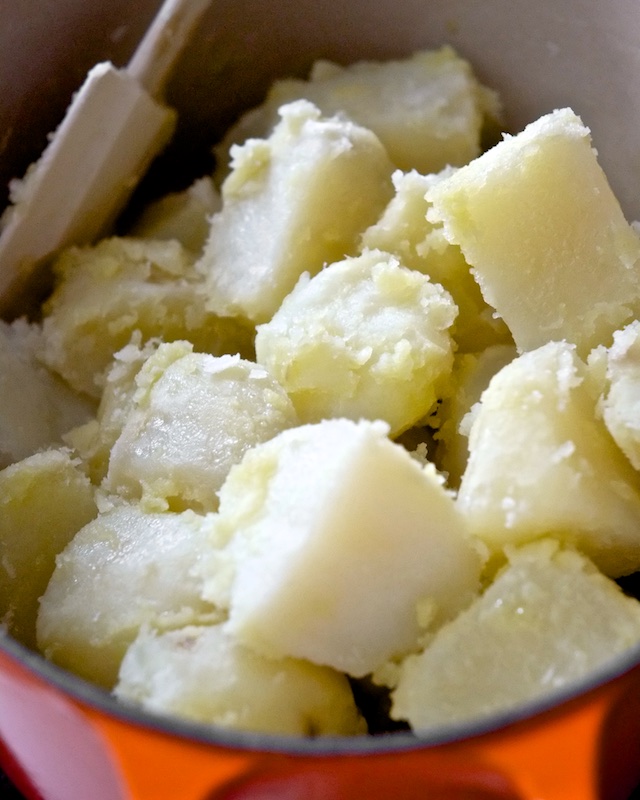 The trick to creating such shattering crisp outsides is boiling the potatoes before you roast them. Then you do what Jamie Oliver describes as “chuffing up” the outsides of the potatoes by banging them around the pot until they’re, well, chuffed. I blogged about this once before, but with actual deep-fried potatoes and I have to say, oven-roasted potatoes are so much crispier, it’s not funny. 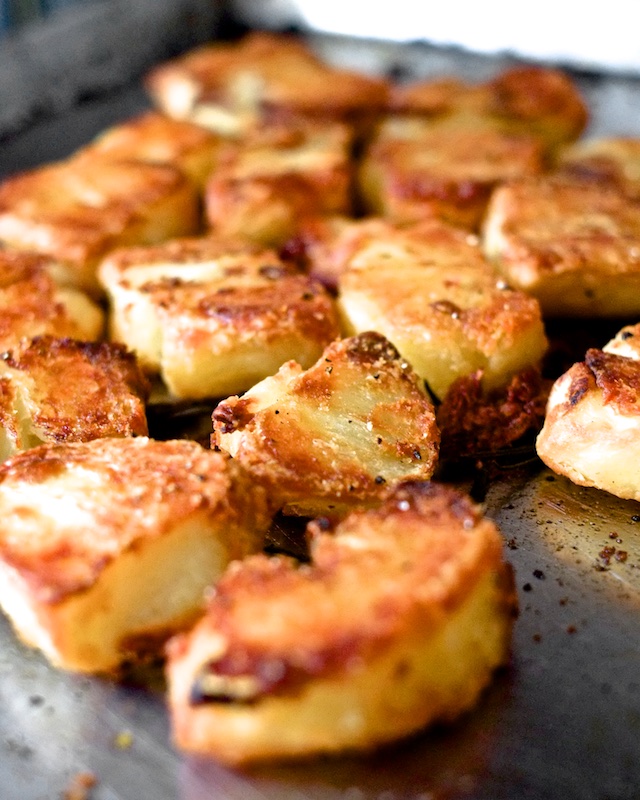 The price you pay for such glorious potatoes is time. You have to give yourself at least an hour, maybe an hour and a half to get these properly done, so plan accordingly. They don’t re-heat very well, but they can be held in a warm oven for thirty minutes or so. I should also mention that they go quite well with steak. 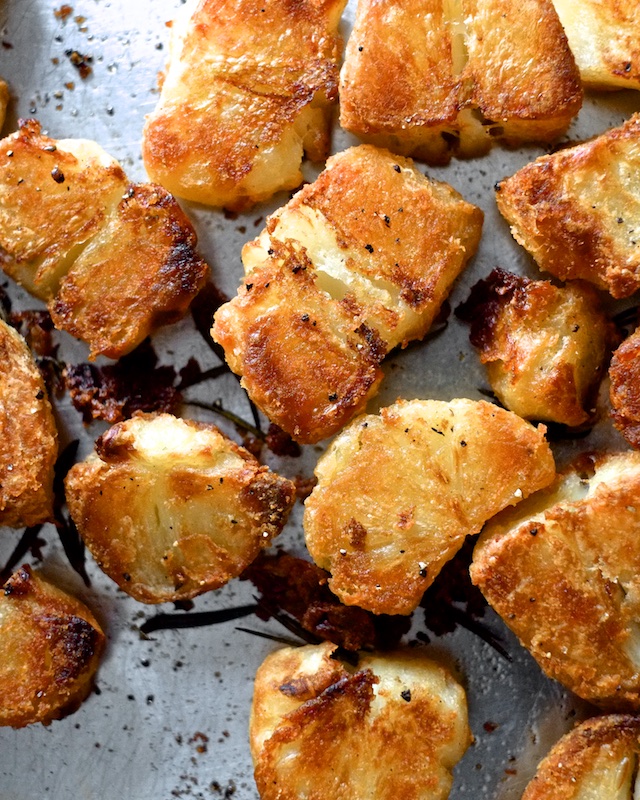 Method:
1. Peel and cut potatoes into large chunks, about 6-8 pieces per potato, around 2×2 inches in size.

2. Put potato chunks in a large pot and cover with water. Season water with a good pinch of salt and bring to a boil slowly over medium-high heat.

3. While your potatoes are boiling, preheat your oven to 500F.

4. When the potatoes are not quite cooked through (but quite soft on the outside, about 15 minutes for such large pieces), cover the pot with a slightly offset lid and drain the water from the pot. Holding the lid tight, shake the pot once or twice to rough up the surface of the potatoes.

5. Pour olive oil over potatoes and gently stir them (preferably with a rubber spatula) to coat with oil.

6. Pour peanut oil in a rimmed baking sheet or roasting pan and let it preheat in the hot oven for 2-3 minutes.

7. Remove the baking tray from the oven and pour your potatoes into the hot oil. It will sizzle – that’s good. Spread the potatoes out in a single layer, sprinkle with salt, and put them in the oven. Do not crowd the pan – if your potatoes are piling on top of each other, get out another pan and do two batches.

8. Roast the potatoes for about 15 minutes, then take them out and squish them slightly with the back of a metal spatula. This increases the flat surface area and means extra crunch.

9. After squishing the potatoes, return them to the oven for another 15 minutes, then take them out and flip them over. The first side should be gorgeously brown.

10. Add pepper, rosemary, or thyme (if you’re using it, though if these are your first crispy roast potatoes I’d leave simply salted) and return the potatoes to the oven to roast for a final 10-15 minutes or until they are nicely brown on both sides and very crispy. If for whatever reason they aren’t as brown as mine in the photo, leave them in the oven a few more minutes. Then just taste them, add more salt if necessary, and serve.