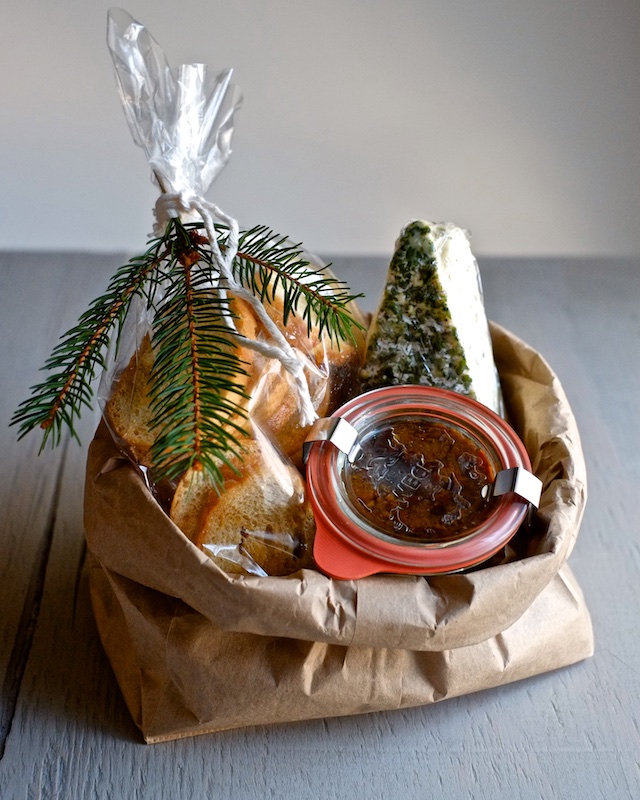 There are categories of gift giving…tiers if you will. You have the big ones: kids, parents, significant others; then the “let’s set a dollar limit” ones: brothers and sisters, friends; and the other ones: neighbors, mail carriers, co-workers. The latter group is a common source of frustration during the holidays – what can you get someone that will show them you are glad they’re in your life, without breaking the bank OR having it end up in their garbage come January. My favorite answer is usually food. 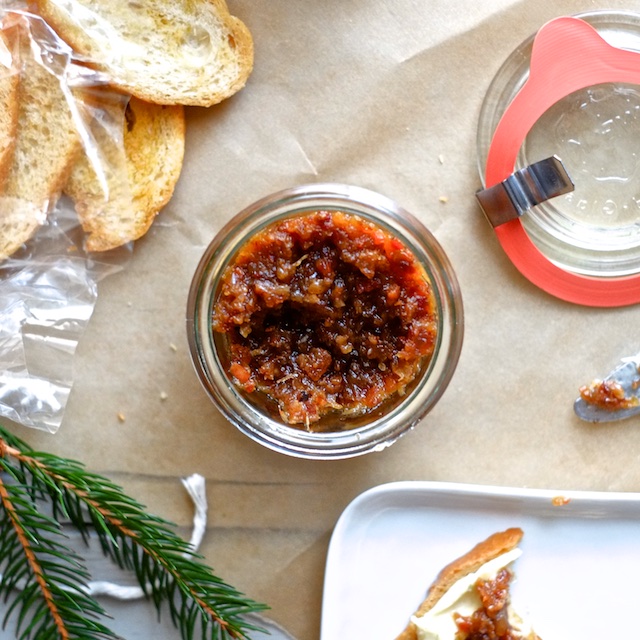 Food gifts don’t take up too much space, they are consumable, biodegradable (mostly), they are fairly cheap to put together, and they are personal enough to say “I really am thankful you’re around”. Cookies and homemade candies are classic (I’ll whip out the millionaire shortbread on a few friends this time of year) but savory snacks are really my favorite, and they tend to get overlooked.  That’s why this year I’m making bacon jam – partnered with a wedge of herby cheese and a bag of homemade crostini, it’s a perfect little present. 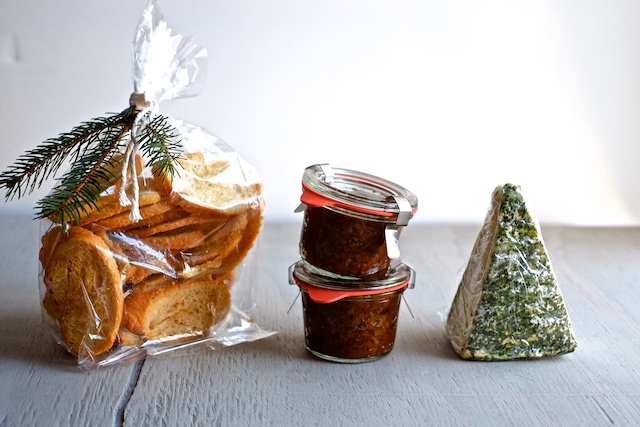 I’m not much into wrapping or decorating gifts, so string, a branch from my neighbor’s tree, and a paper bag in lieu of a proper basket will have to do. I kind of like it – I’ll call it rustic (code for slacker). 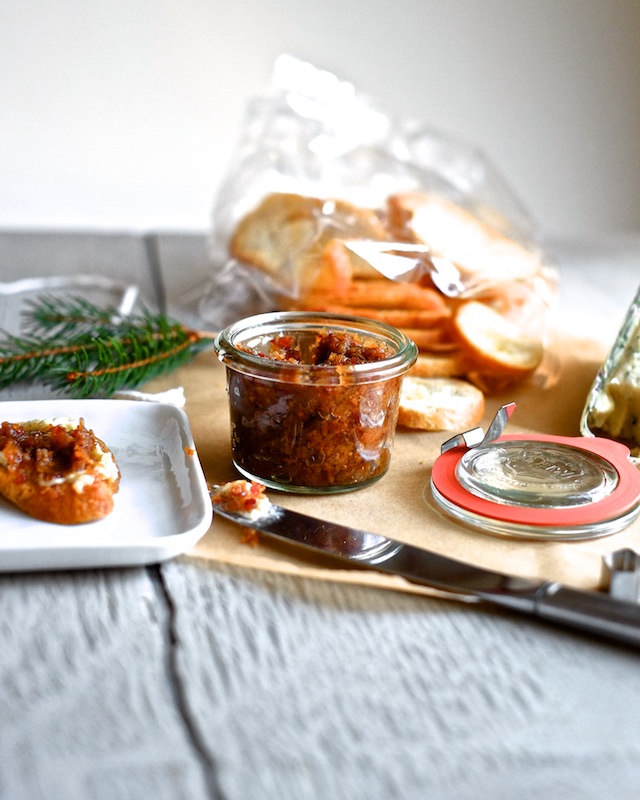 One thing to note about my bacon jam – I keep it sort of crunchy. A lot of bacon jam recipes are done in a slow cooker, which might be a little simpler to make, but will most definitely turn your bacon to mushy jam. I like the idea of preserving a bit of that crispy meaty bacon texture. To do that, I cook thick-cut bacon in a low oven so that the fat renders out as much as possible and we’re left with bacon that’s very crispy and jam that’s got some texture, even after the bacon is stirred into the melty onions. I quite like it. 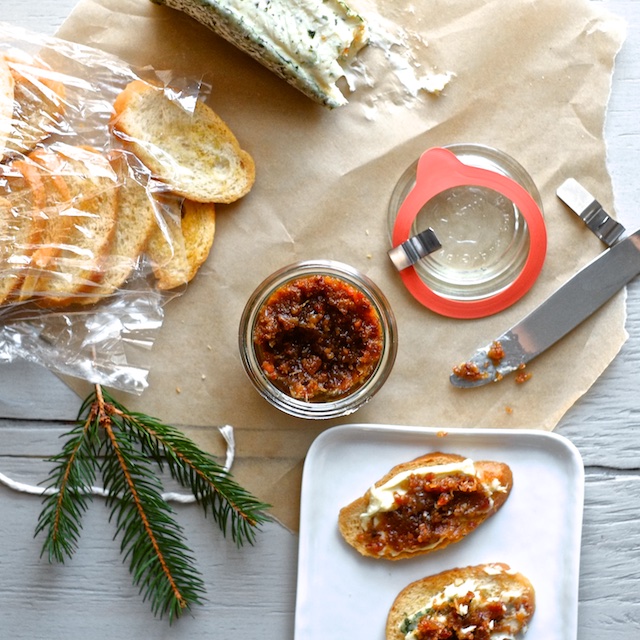 Edible Gifting: Bacon Jam
crostini “recipe” is over here (too easy to really be called a recipe though)
makes about 4 gift portions

1. Spread bacon out in a single layer on a baking sheet and roast in a low 300 F oven until brown and very crispy. Chop finely (or mince in a food processor if you have one) and set aside.
2. Grate onion (or mince very finely in a food processor) and cook over low heat in butter until the onions become very soft and start to turn golden. Add cayenne, coffee, brown sugar, and vinegar and cook until the liquid is completely evaporated and the onions are quite brown (this will take a while – like up to two hours).
3. Stir bacon into onion mixture and taste for seasoning – it should be quite sweet from the onions and salty from the bacon. Add extra salt if it’s needed, and a few good grinds of black pepper too.

Serve with crackers or crostini and some spready cheese – I’m partial to d’Affinois with herbs (which is like a mild brie) or goat cheese, but bacon jam will go with just about any soft or fresh cheese you want.