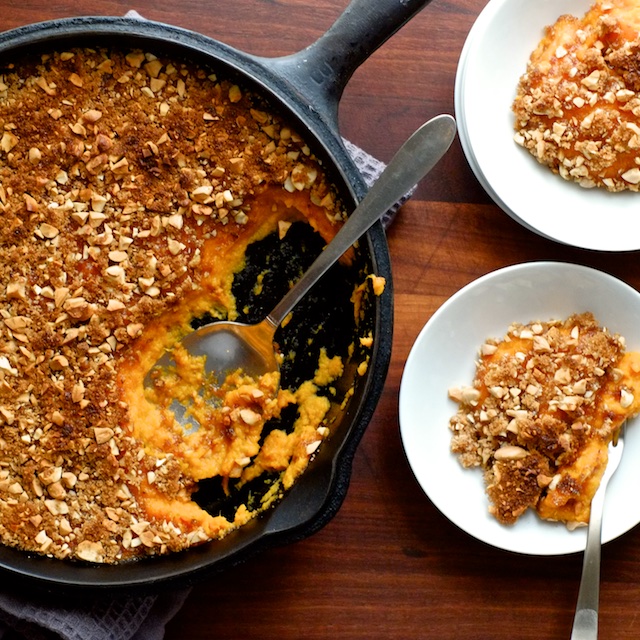 These are the sweet potatoes I made last year in Tanegashima for the NASA crew’s makeshift Japanese Thanksgiving dinner. They were well received – I even had a few guys come up and ask me for the recipe, which didn’t actually exist until now. 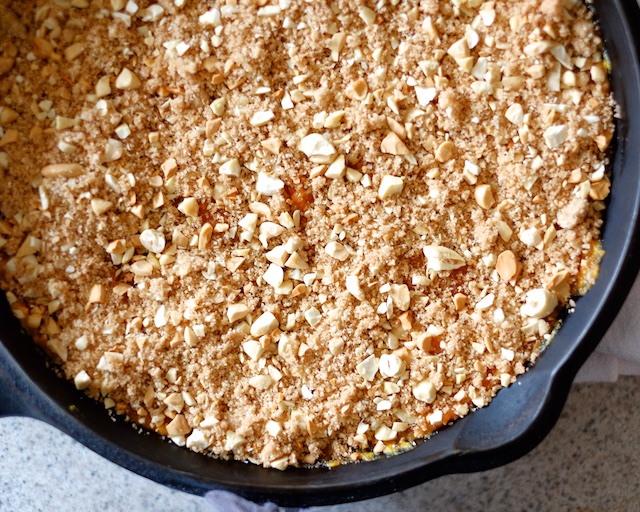 Ok, these are almost the sweet potatoes I made in Tanegashima. The missing ingredient is Japanese cooking equipment. When I made these last year, I finished them by blasting them under a high-powered broiler, since there was no oven in the hotel kitchen where we cooked. That Japanese broiler, with angry blue flames, turned the sugar topping into a crackly browned sheet of candy atop the fluffy sweet potatoes. They were delicious. 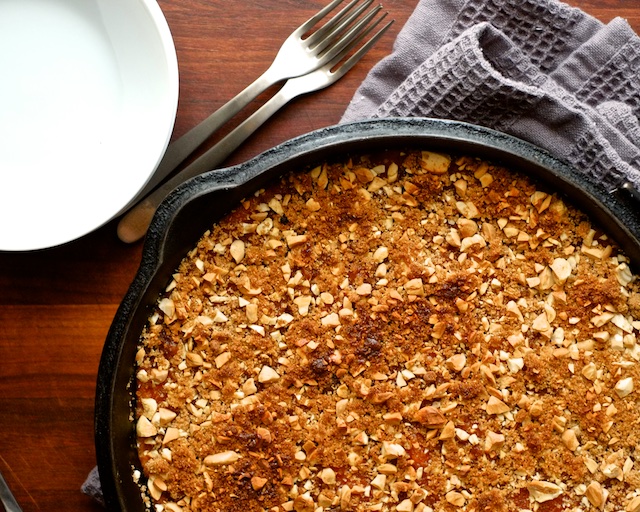 And truthfully, these are delicious too, but my weak-sauce American oven-broiler just can’t pull off a proper brulée. Still, this sugar topping is nutty and crunchy and it makes sweet and satisfying Thanksgiving yams just a little more interesting. So in the off chance you were looking for a new sweet potato recipe to round out your Thanksgiving table, here you are. 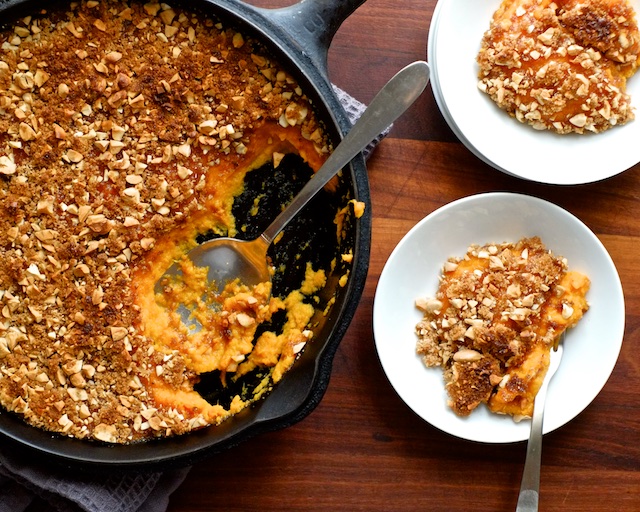 Method:
1. Roast potatoes whole, straight on the oven rack at 350F until they are tender. Like, pierce with a knife and the knife meets no resistance whatsoever – which will take at least an hour. I recommend lining the bottom of your oven with foil to catch the sugary juice that inevitably drips out of the potatoes.
2. Allow the potatoes to cool just enough for you to handle them. Split the potatoes and scoop the flesh out of their skins and put them in a mixing bowl. Add butter and half and half with a pinch of salt and stir together with the potatoes until they are smooth and everything is incorporated. Taste them – they should be buttery and sweet with just a hint of salt. Resist the urge to add sugar to the potatoes themselves, because the sugar topping brings a lot of sweetness already and the irregular mix of crunchy-sweet top with buttery, delicately-sweet potatoes is what makes this good.
3. Toast whatever nuts you’ve decided to use (unless you bought them pre-roasted) and chop them up. Put them in a small mixing bowl and add the brown sugar, cinnamon, nutmeg, and another pinch of salt. Taste this mix – it should be sweet and nutty with just enough salt to bring out the richness of the toasted nuts.
4. Spread the potato mix in an oven-safe casserole dish and top with the toasted nut and sugar mix.
5. Turn on your oven’s broiler and adjust your top rack as close to the heating element as possible. Broil your casserole until the sugar is browned and crispy, and serve it up. If you can achieve full-brulée status, you have my respect. A kitchen torch would be really helpful here. And that’s what I’m asking for this Christmas.