Any time you cook a piece of meat in a pan, you’re in a ripe situation for making pan sauce. Think of it as bottled steak sauce’s sophisticated older sister that works as a curator or something fancy. That makes bottled steak sauce the frat boy little brother. What I’m saying is, it’s an upgrade. 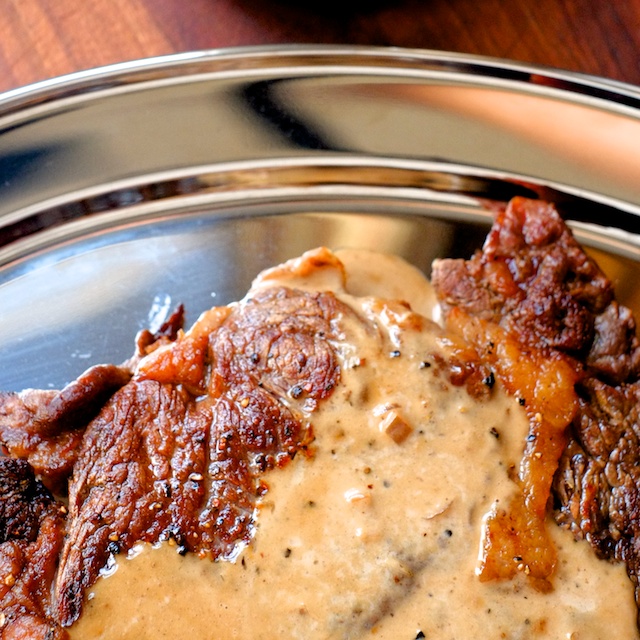 So say you’ve cooked a steak in a pan. This is another thing that deserves it’s own post, but just know that you should cook steaks over pretty dang high heat, put oil on the meat instead of in the pan (less time for smoke to happen) and season it liberally with kosher salt or sea salt and pepper. 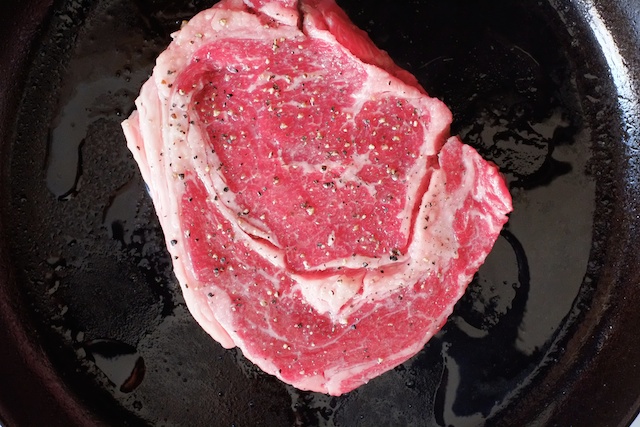 After I’ve flipped the steak, and it’s nearly done, I add a pat of butter to the pan, sometimes with a sprig of thyme or crushed clove of garlic, and baste the steak until it’s finished cooking. Then let it rest for a few minutes on a cutting board or plate – just enough time to make a pan sauce. 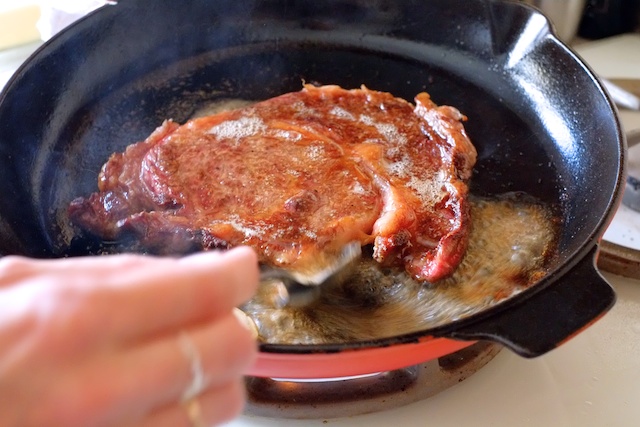 If you’ve butter basted your steak, you’ll have plenty of fat to work with. Over medium heat, use the leftover fat to sauté some finely diced onion or shallot or garlic (or two of those, three might be redundant). 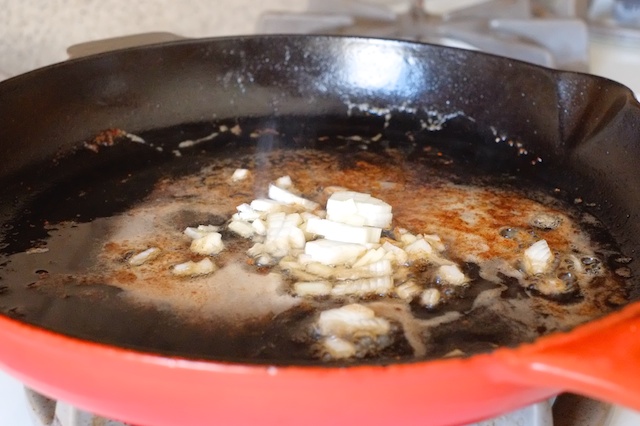 When the onion is translucent, it’s time to deglaze all the brown bits from the bottom of the pan. I like to use about a half cup of beef broth with about a quarter cup of red wine to make enough sauce for two. If I’m feeding more people, I will double that amount. 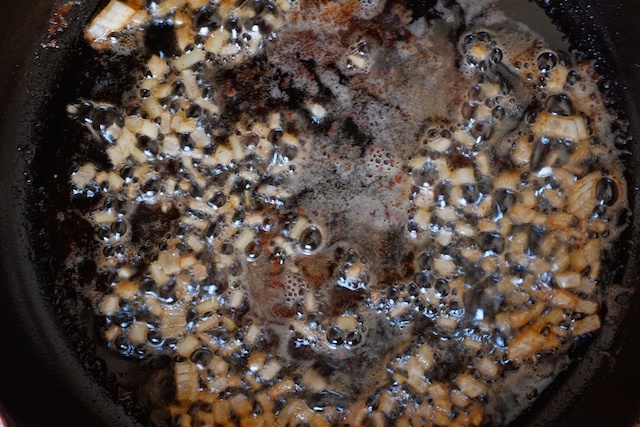 When the liquid is in the pan, you can return the heat to medium-high or high to start reducing. Don’t add any salt, because salt from the steak will be left in the pan, and after reducing the sauce may be quite salty on its own. 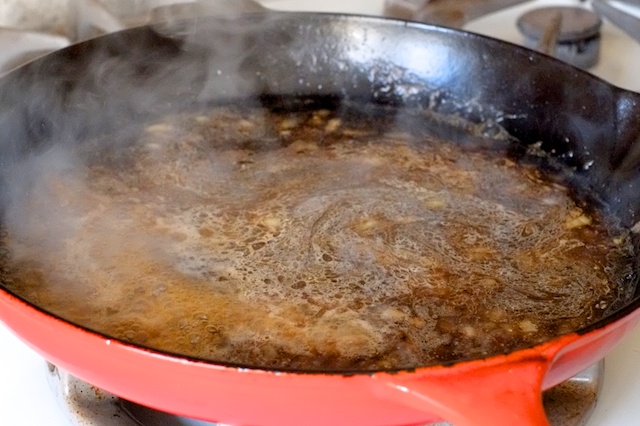 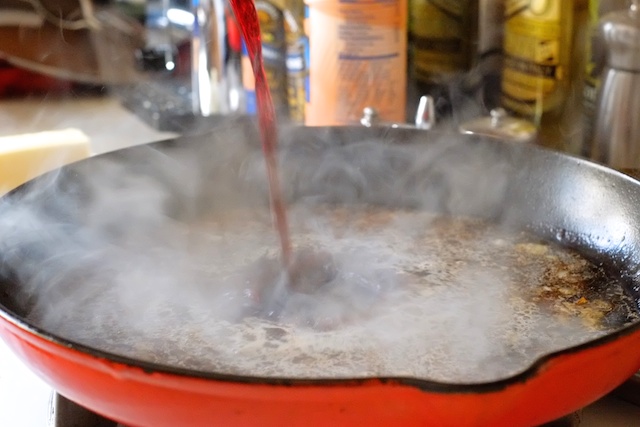 When the liquid has reduced by at least half it’s volume and got all shiny and somewhat thickened, add about 1/4 to 1/3 cup of cream. 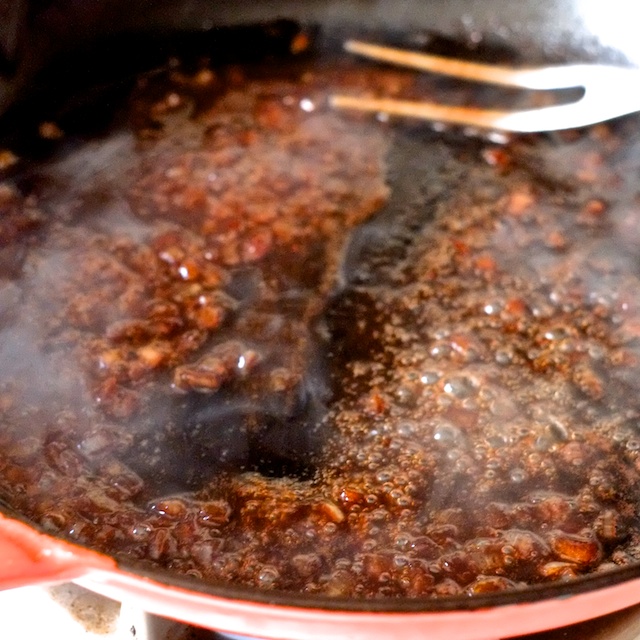 Heavy cream works best here because the fat gives it some stability over higher heat (which means it won’t curdle). Allow the cream to incorporate and reduce until it reaches your desired consistency. 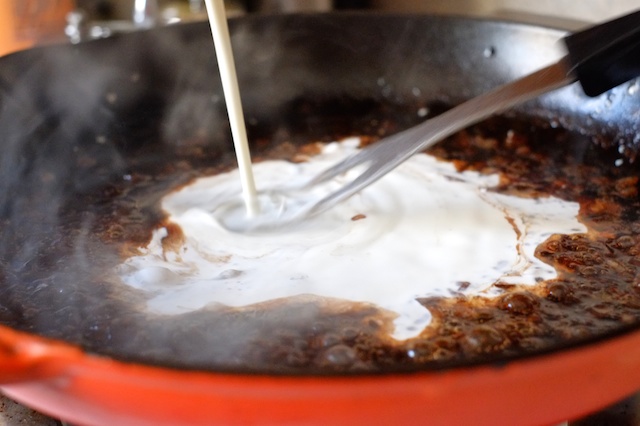 When the sauce looks nice and clingy but not super thick, it’s done. The flavor should be pretty strong, but without any residual booziness from the wine and it should have a bit of richness from the cream. Taste it and add salt and pepper if it’s needed and a squeeze of lemon if you like a little brightening. 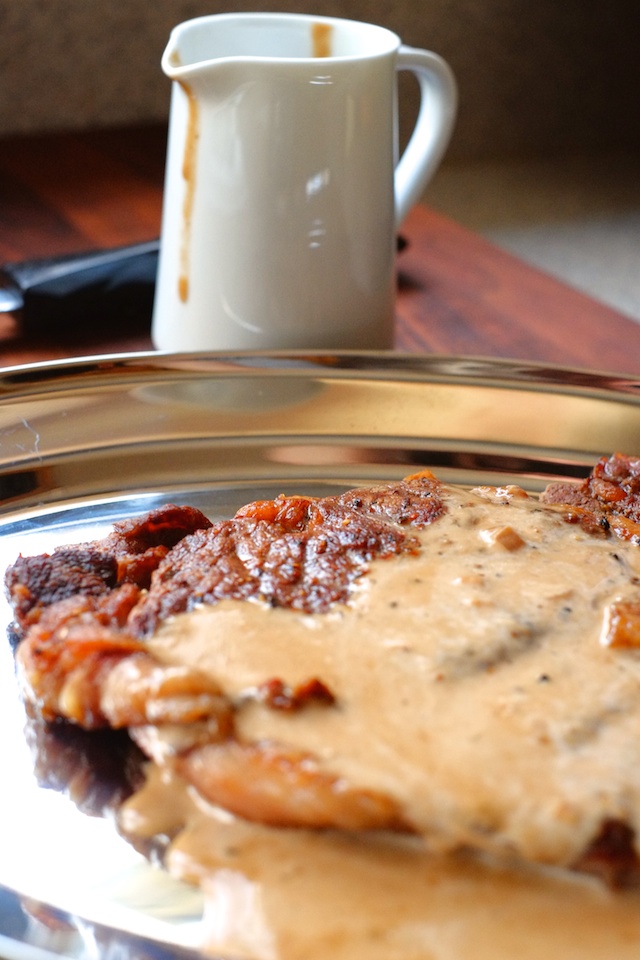 You can make a pan sauce to go with any meat you feel like cooking. The only real variation would be to swap out red wine for white to go with chicken or fish, or even pork. But really it’s up to you.

The breakdown of my method for pan sauce:

– Sauté a few tablespoons of finely diced onion or garlic (or both) over medium heat in the same pan that cooked your meat. Add fat if necessary.

-Add flavorful liquid – I like a mix of one part wine to two parts broth, but this is up for interpretation. Broth with apple cider might work really well with pork for example. You want a little meatiness and a little acid/fruitiness. I’ve even mixed broth with a few teaspoons of vinegar for a similar effect. Do not add salt at this point.

-Reduce the liquid until it’s shiny and will hold a line for a fraction of a second in the pan.

-Add cream or butter for richness and body (a splash is fine, more is also fine) and reduce it again over medium heat until it’s lovely and thickened and the right texture for draping across a steak. If it’s too thin, keep it bubbling until it thickens further, but note that it shouldn’t be as thick as a roux-thickened gravy. This is just a different animal.

-Taste the sauce and add salt if needed, a few grinds of pepper, and a squeeze of lemon if you want to brighten it up.