Bechamél sauce is probably the most versatile sauce I’ve ever learned to make. It is essentially milk thickened with roux, which creates a sauce that blankets food like nothing else. But it almost never ends there. With egg and nutmeg it becomes the custardy topping for moussaka, with cheese it’s just the thing for mac, and thinned with a little broth it transforms into creamy soup (goodbye cream-of-whatever). 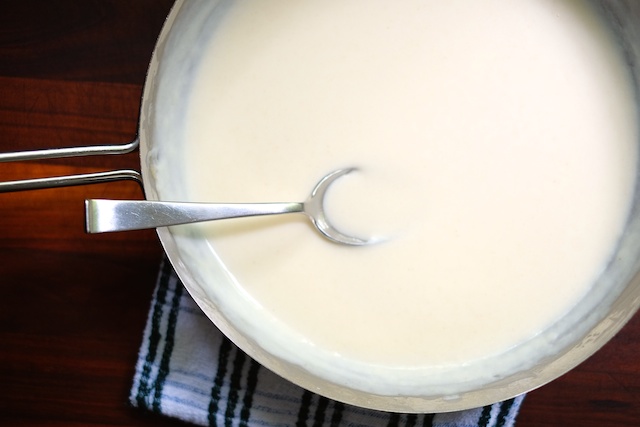 I made a batch with 3 tablespoons each of flour and butter, and two cups of whole milk. Whole is my preference, but two or even one percent will also work. Skim milk bechamél would be a mistake IMO. 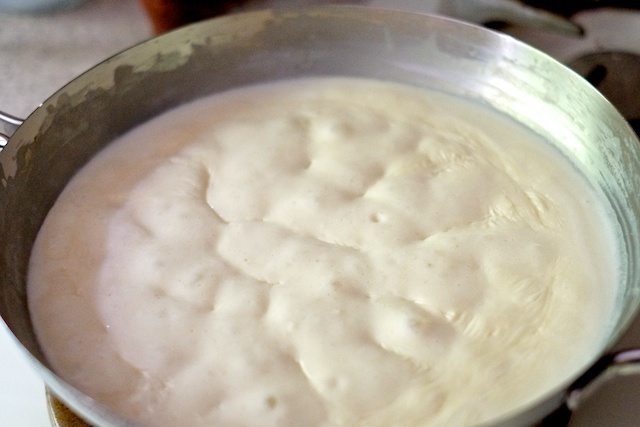 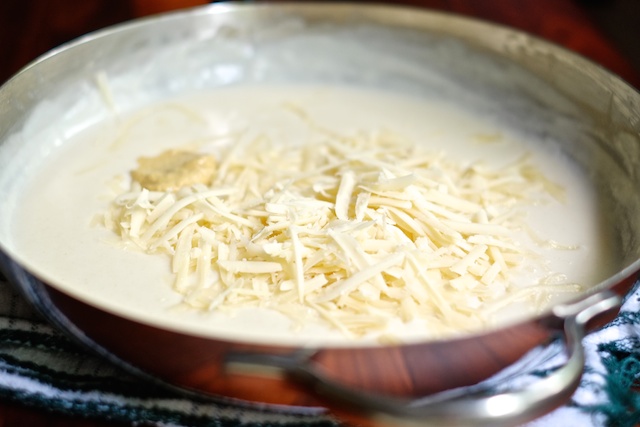 The most important piece of advice I can give you for making cheese sauce is to grate your cheese and add it to your sauce OFF THE HEAT. If you allow cheese sauce to bubble, the cheese will curdle and make your sauce grainy. Higher-fat milk in your bechamél will help guard against this happening, but it’s best to keep cheese away from direct heat and allow the residual heat in the bechamél to do the melting. 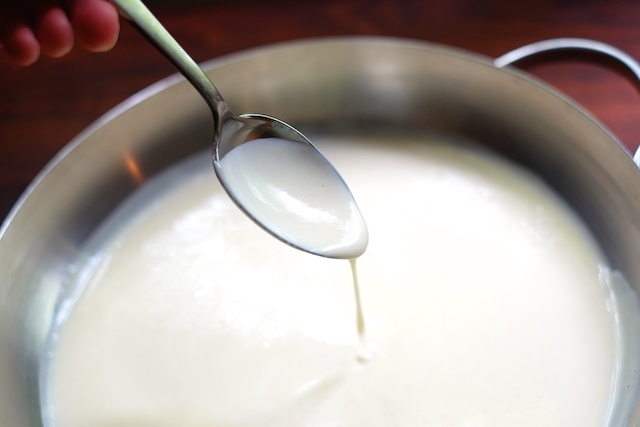 Above is a cheese sauce with properly melted cheese and a nice, smooth consistency. The sauce below was left on the heat, and now has a visibly grainy texture. 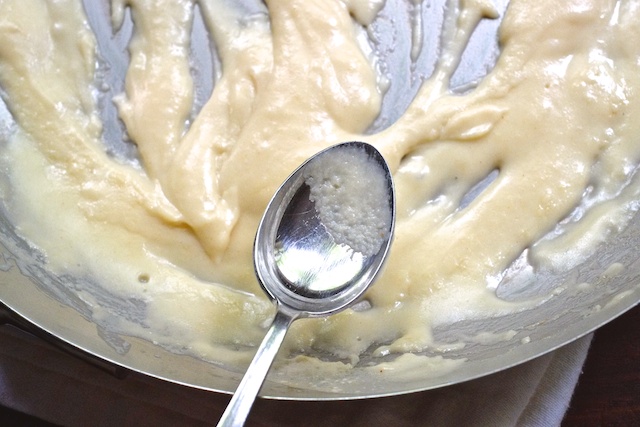 What you do with your cheese sauce is up to you. I made an open-faced croque madame, which is like eggs benedict but with mornay instead of hollandaise and a fried egg instead of poached. Proper madames have two slices of bread, ham and swiss between and nicely broiled mornay on top with the egg added last. I was too impatient to wait for proper broiling. It was delicious anyway. 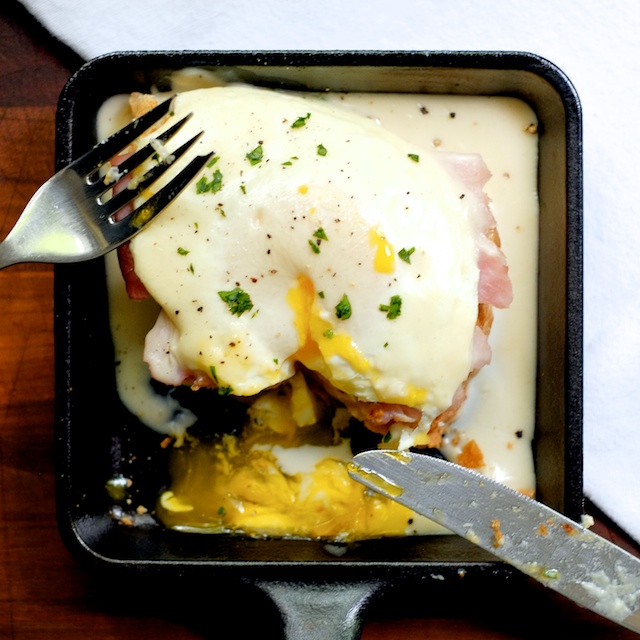 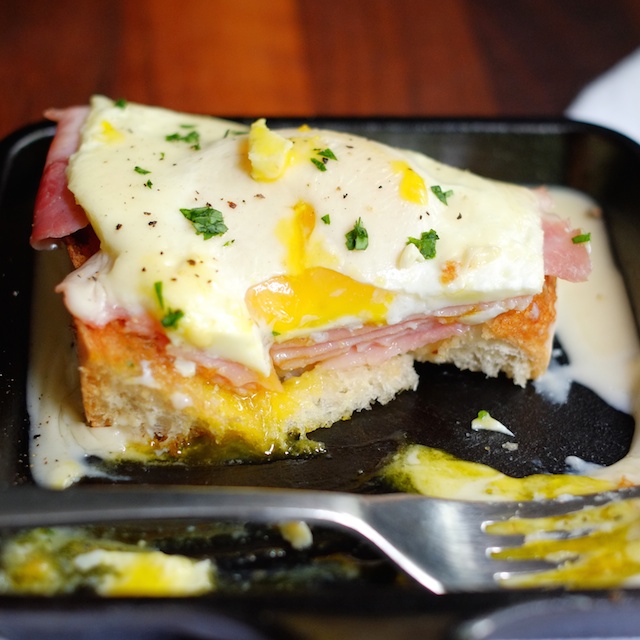 The breakdown of my formula for bechamél and cheese sauce:

2. Add milk to roux while whisking. Bring mixture to a simmer over medium heat and allow to bubble for a few minutes until sauce is nicely thickened. This is plain bechamél. Season now if you intend to use it plain (white pepper and the tiniest pinch of nutmeg are traditional but not mandatory).

3. To make bechamél into cheese sauce, remove it from the heat and stir in grated cheese. If the residual heat from your bechamél isn’t enough to melt your cheese, return the pan to the stove over very low heat. Stir the sauce until it’s melted and smooth. You can add as much or as little cheese to your sauce as you like. The amount needed will vary depending on the strength of your cheese’s flavor (blue, for example, requires a lot less). For mac and cheese, I like to use almost a cup of grated cheese for each cup of bechamél, but a little less than that is ok. For the mornay above I used more like 1/2 cup of cheese for each cup of bechamél. It’s hard to go wrong.

4. Taste your cheese sauce before adding seasoning. Cheese can be quite salty on its own. Make any necessary adjustments by adding salt or pepper, more cheese, or even more milk if your sauce is too salty and it can stand some thinning (but remember sauce should be a little salty – you aren’t eating it straight). Consider adding mustard or hot sauce for brightness and punch.