It almost feels cliche telling you more about how raw and old-school Tanegashima is, but it’s hard to hold back when my memories are peppered with romance: a 90-year-old man riding a homemade scooter with a fishing pole strapped to his back or grandma in a dress and bonnet picking her way across a rocky beach at low tide for clams. I actually saw those things. I wonder if it’s like that any time you go way off the beaten path. And here’s one more for the collection: a real potter who digs his own clay out of the side of a Tanegashima mountain, fires his pottery in a hand-made kiln, and uses his store as a night time music venue. 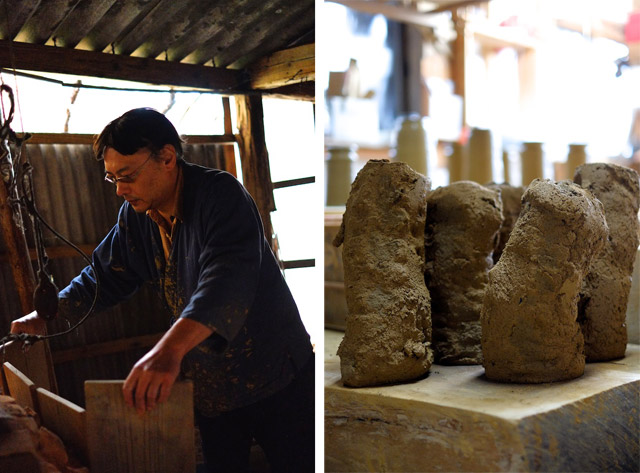 The workshop is right on the beach – you could walk ten steps from the front door and fall into the ocean if you wanted. It’s at the end of a dirt road and it looks basically like most of the houses on Tanegashima. When we walked in, the owner (Sogi-san) was covered in clay and working at the wheel. But he welcomed us in and showed us around. 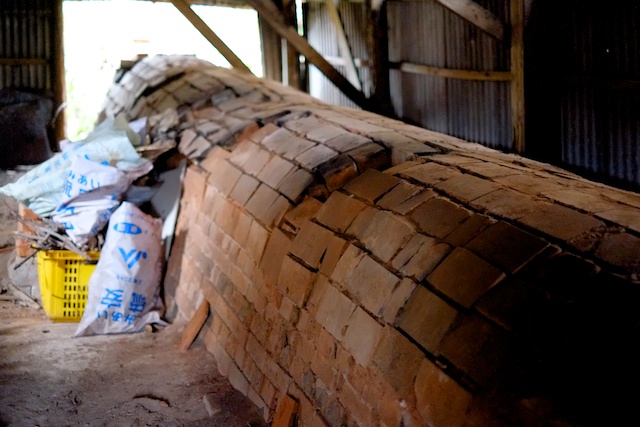 That’s the giant kiln – it takes him a week to load it by hand, crawling in and out with pots. 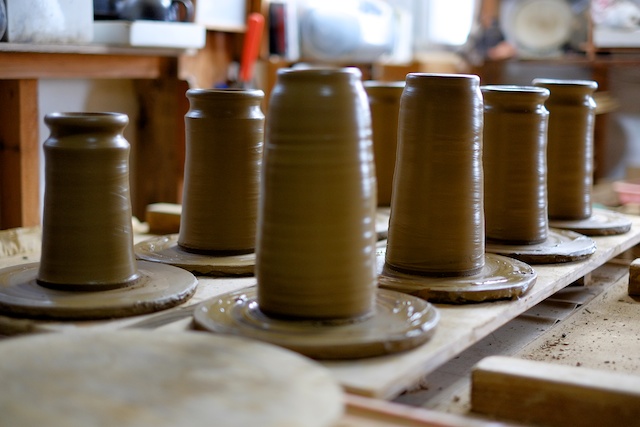 He told us he loses about 30% of his pottery to cracking and warping in the kiln. 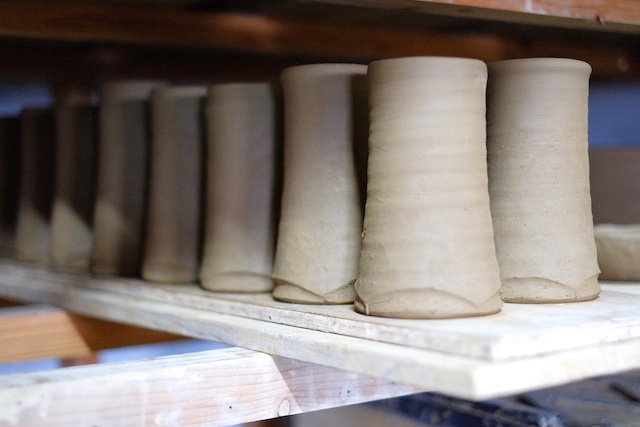 The main thing that told us this building was a pottery workshop – the stacks and stacks of wood for the kiln. 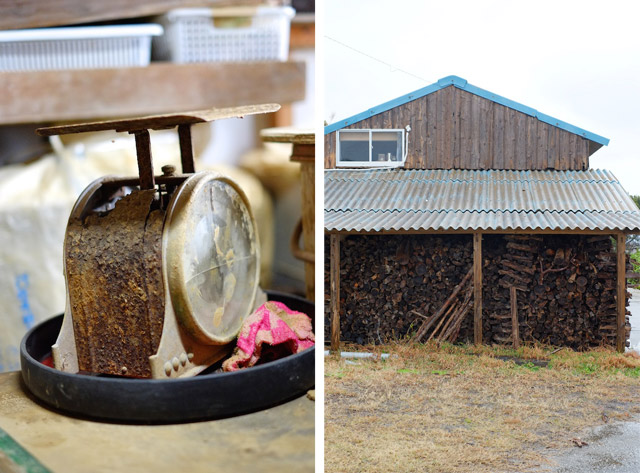 Tanegashima pottery is really unique. Sogi-san doesn’t use glazes at all – the shine comes from the clay itself and the changes that happen in the kiln. I don’t really get it, but it’s pretty stuff with kind of a metallic sheen that ranges in color from grassy green to dusty pink. My favorite ones have chunks of ash permanently stuck in spots. It’s so gorgeously rough and rustic. Cody and I had to bring a few pieces home. 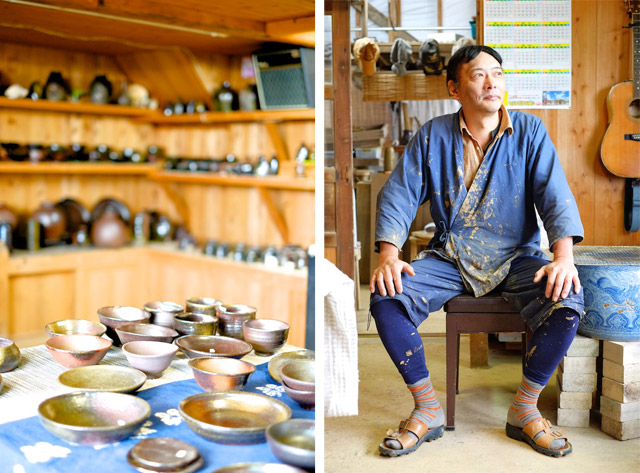 Sogi-san is a really good guitarist and every other weekend his shop turns into a little venue. There are a number of musicians among the NASA crew, so we were invited to take part in sort of a jam-session/open mic night. 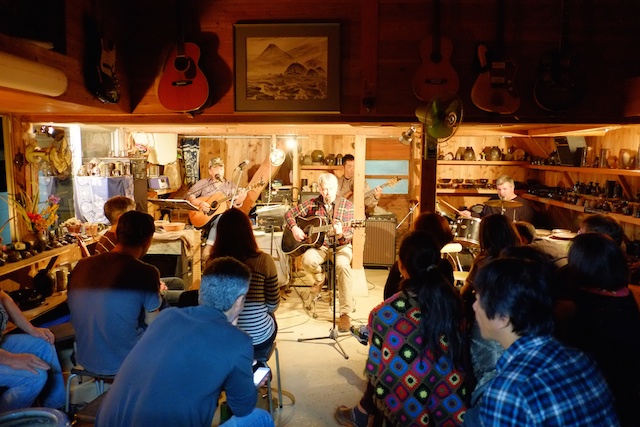 I sang some Beatles and a few others played guitar. There was some Clapton in there too. Lots of classics. 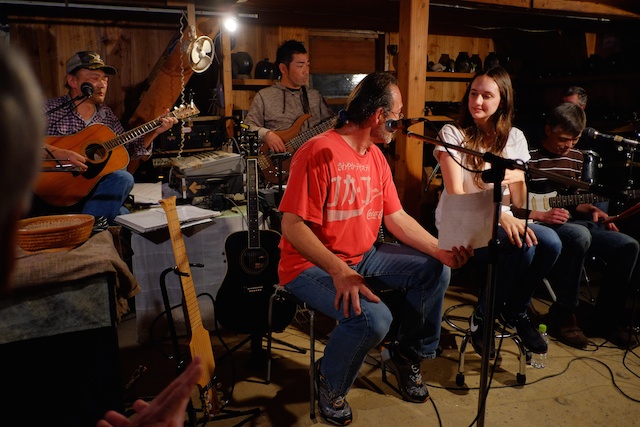 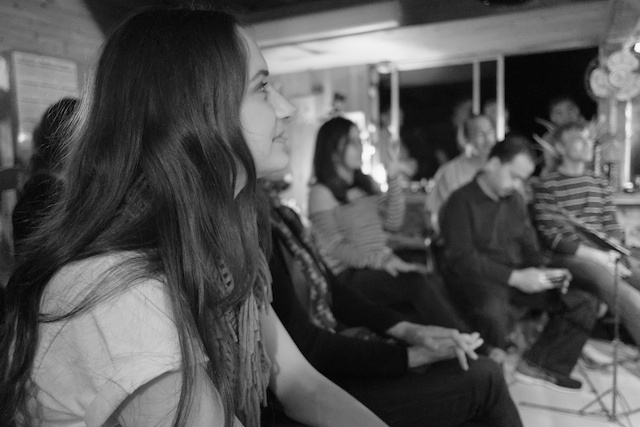 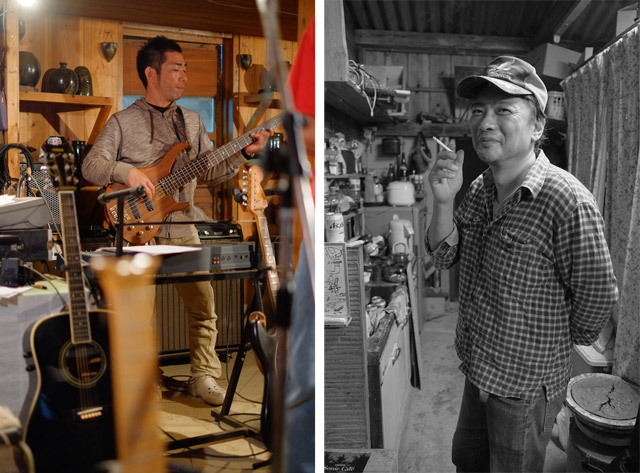 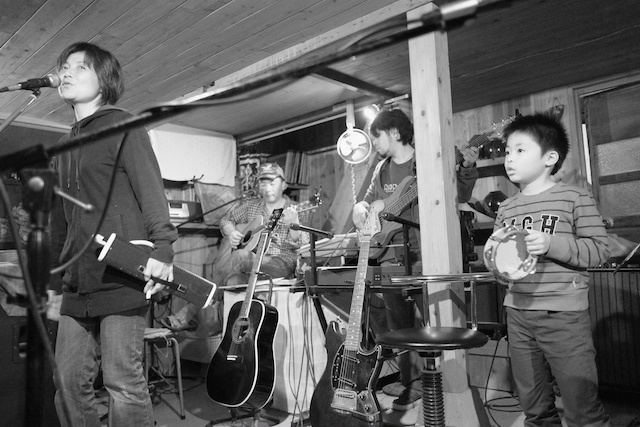 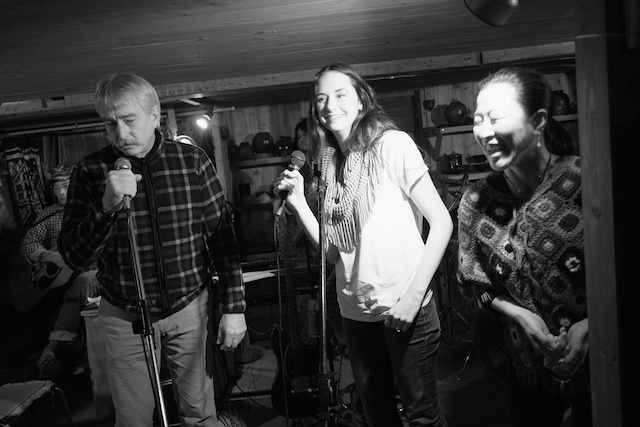 I got dragged up on stage by some of Tanegashima’s really good singers to help with singing “Stand By Me” at the end of the night. It was fun, but I’m theee most awkward stage-person, especially when I’m caught off-guard. BUT who could say no to singing classic rock with talented Japanese musicians in a pottery shop by the beach on a remote island in the East China sea? Not me.