Last weekend I went to brunch and the cherry blossom festival with my sister and her husband. Brunch was at Farmers Fishers Bakers in Georgetown, and it was pretty great. I’m a sucker for buffets because you get to try a big, huge, ridiculous variety of stuff. I know most foods don’t perform that well in extended hot holding, but I think they’ve struck a pretty good balance here. They have lots of salads, grilled veggies, flatbread and spreads like pimento cheese and crab with artichoke, a make-your-own taco station, roasted meats, french toast, cheese grits, jambalaya, eggs scrambled to order, and then biscuits and cinnamon rolls which are brought to each table. The only thing that really shouldn’t work is their fried chicken, which is something that usually ought to be eaten straight out of the fryer for the best textural exprience. But their honey fried chicken was good enough that the slight loss of crispness didn’t really matter. Though I would recommend going for the dark meat pieces, cause white meat dries out a lot faster. 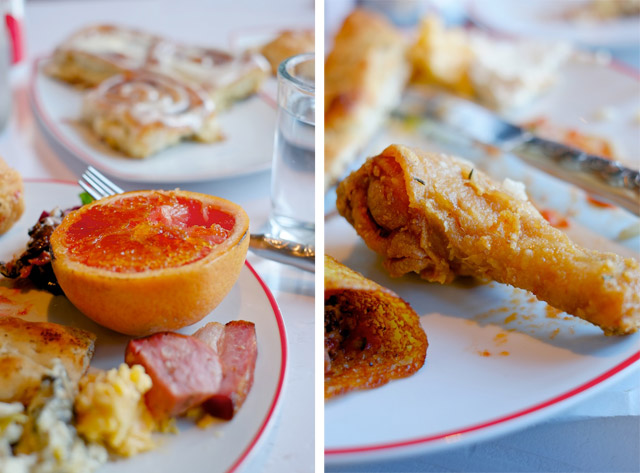 So it seems like they’ve been thoughtful about what they’re putting out, and steering clear of things that are just going to get nasty if they have to sit out for a bit. The other clever thing was the passed trays of fried shrimp, eggs benedict and florentine, and fancy pizza – all served to the tables within a few minutes of plating. It’s hard to resist absolute gluttony in a situation like this. We moaned to the waiter about how full we are and he said “here, you aren’t done when you’re full. You’re done when you hate yourself.” And so we continued. 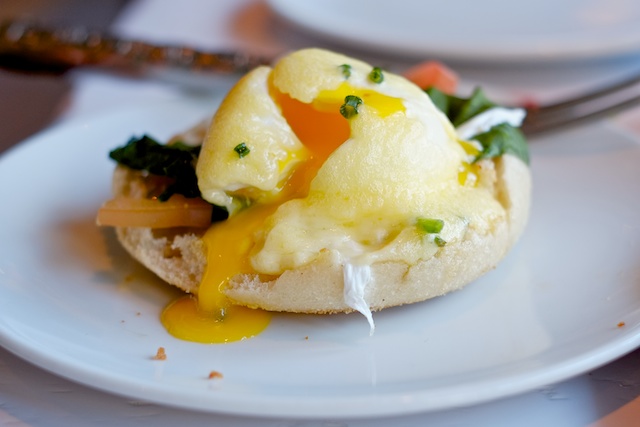 The cherry blossom festival reminded me of Japan for two reasons. First, cherry blossoms are a big deal in the spring in Japan (they’re called sakura in Japanese, which is also the name of probably 25% of suburban Japanese restaurants in existence, right?). Second, the metro was as packed as the trains in Tokyo. But the flowers were beauteous and worth the proximity with sweaty strangers.

The highlight of the festival, apart from the blossoms, was a little bit of a break-dancing stage show we caught on our way through the crowd. Most of the dancers were hitting stunt after stunt without much time for swagging about in between. But then “Single Ladies” came on, and the only white boy in the group got up and basically did Beyonce’s choreography step for step. A blonde, bearded hipster with hips that did not quit.