Well, Cody and I are back in Tangeashima and going about our usual business. Yesterday I made risotto with Japanese rice here in the Sun Pearl’s kitchen and I think it’s the first thing I’ve made that Japanese people actually liked. While I was working I got to watch Papa-san slice up some sashimi (not his first rodeo) and he complimented me on my food (big win of the day). So we’re getting back into the swing of things, and enjoying the island weather (it’s been 60-70 degrees Fahrenheit since we landed).

Our trip to and from California went really well, no thanks to me and my very predictable airport rage (tell me I’m not the only one). On the way out we had an overnight layover in Narita which is an interesting area with too many good things to buy. The morning before our flight to San Francisco, we caught the bus into town and hiked to the temple which was decked out for the New Year. I think I’ve mentioned it before, but the New Year here is a big, month-long deal. 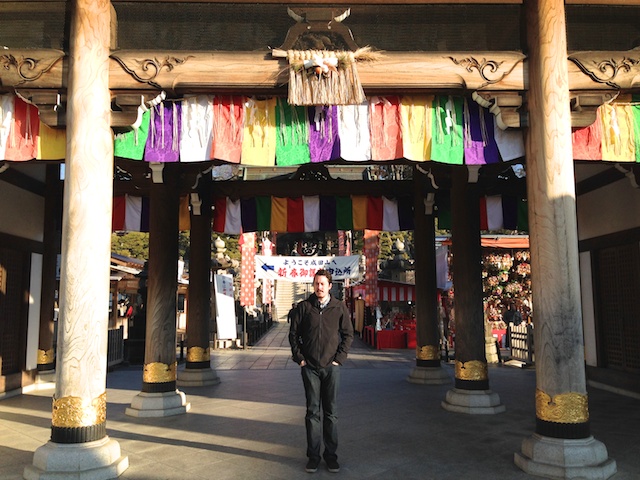 There were stalls set up all over the temple grounds selling food and good luck charms. The grounds themselves are gorgeous, with burning incense everywhere and little nature trails for sneaking off and being pensive I assume. 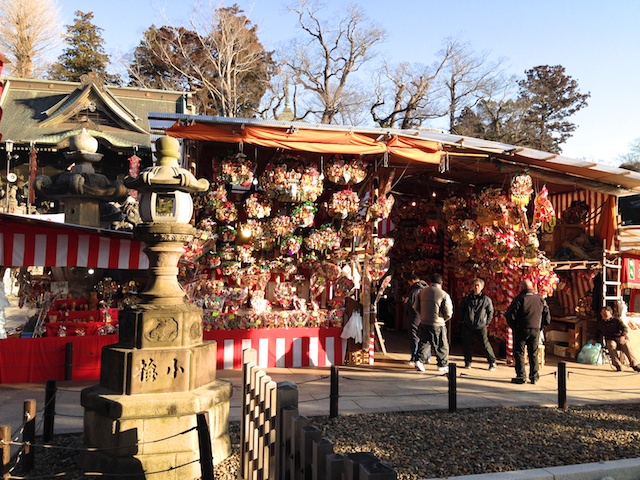 Before going in to pay their respects at the temple, people visited this fountain to wash their hands. You’ll notice the placard to the left of my dragon friend says “Hot Dog” so that’s what I will call him. 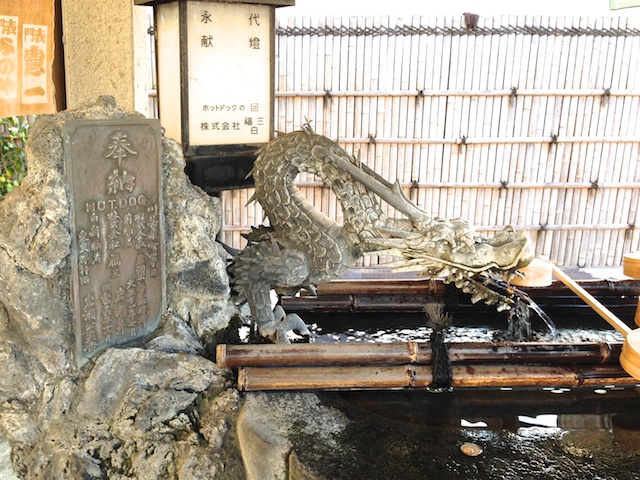 Be warned: blood and guts in this next photo. Narita has a lot of unagi restaurants and if you walk through in the morning you’ll likely get a little butchering show. It’s impressive and gross all at once. 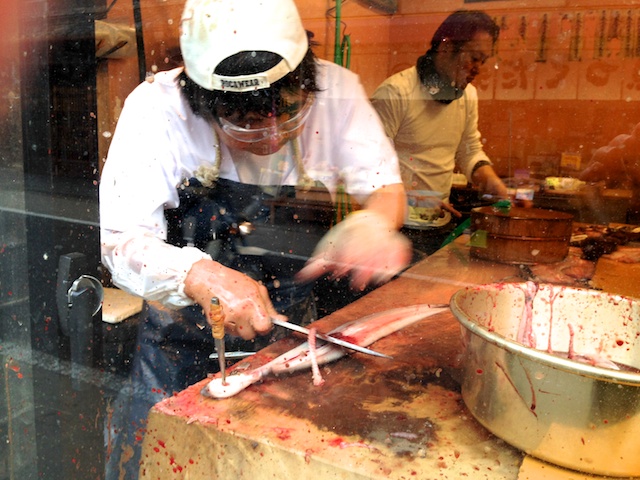 And for the oddest possible juxtaposition to freshly slaughtered Japanese eel, how about some Japanese McDonalds? 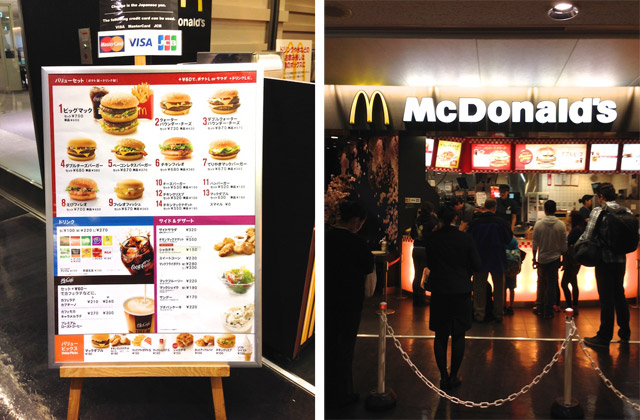 The menu is pretty similar to the American version, with the addition of some kind of double-patty burger with an egg on top, and the absence of gigantic soda cups. 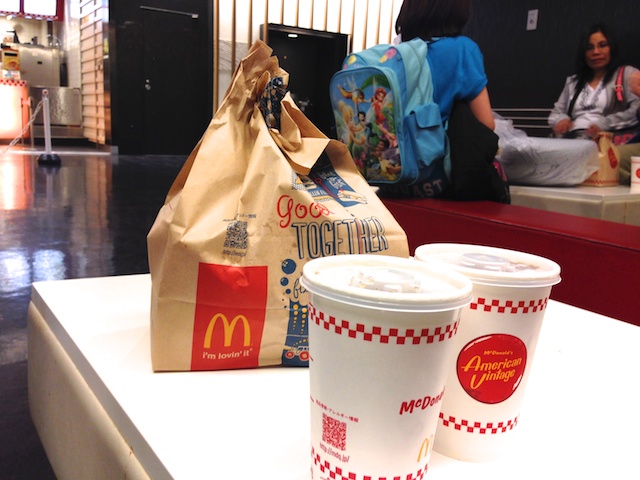 That up there’s a medium Japanese soda, which is basically a happy-meal size cup in the US. Below is my new favorite McDonald’s sandwich: Filet-o Ebi. The patty is made of shrimp, breaded and fried, and topped with spicy mayo. Don’t knock it ’til you’ve tried it. 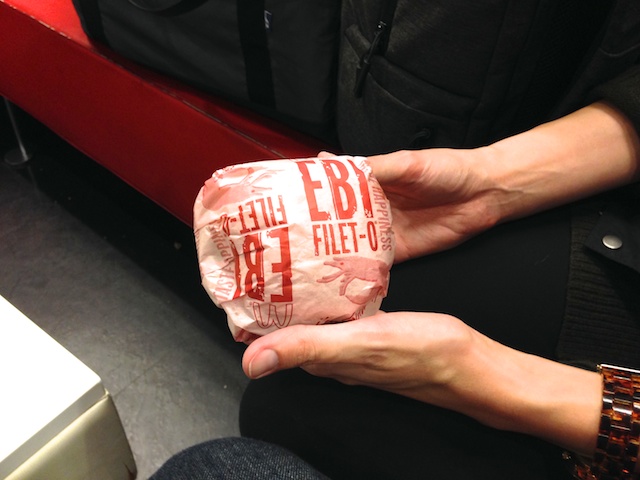 More on the way! And it’ll be relatively quick now that my world is a bit more static.