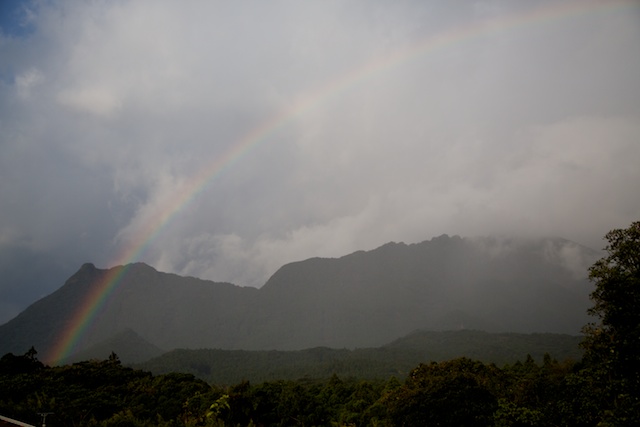 On Christmas/my birthday I woke up in our rustic little cabin on monkey island, walked out the door, and saw a rainbow. Not a bad way to start the best day of the year. 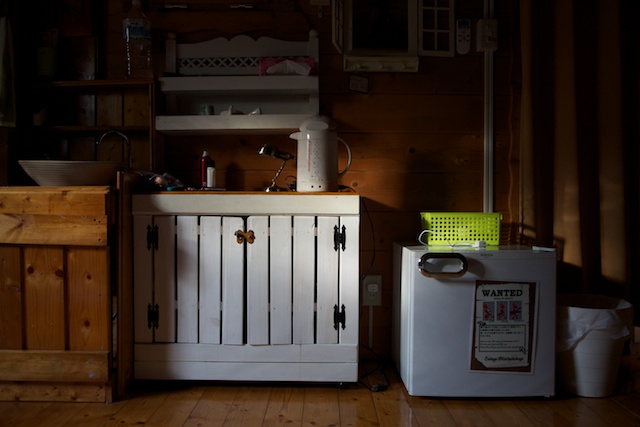 Determined to make the most of the culinary situation in town, we set out in the morning in search of french toast. Our target restaurant was scheduled to open at 9:00, so we planned accordingly, but they were closed for the holiday – much to our dismay. By the time we actually found a breakfast place that was open, we were starving and willing to eat anything put in front of us. 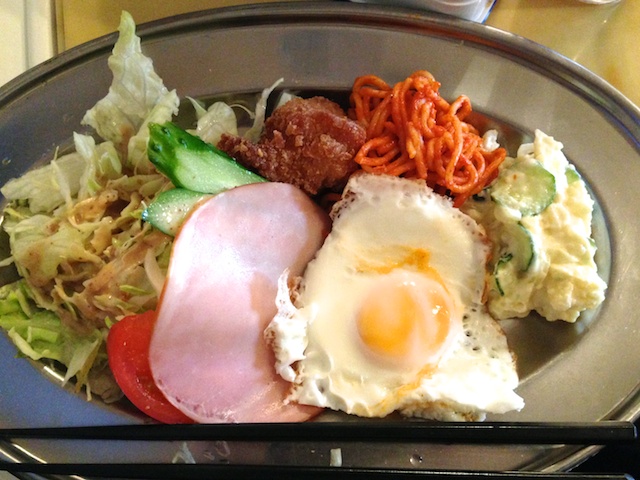 Which turned out to be a good thing. Salad, ham, and egg is a pretty typical “western” style breakfast in this area, but the spaghetti, fried chicken, and potato salad were unexpected. 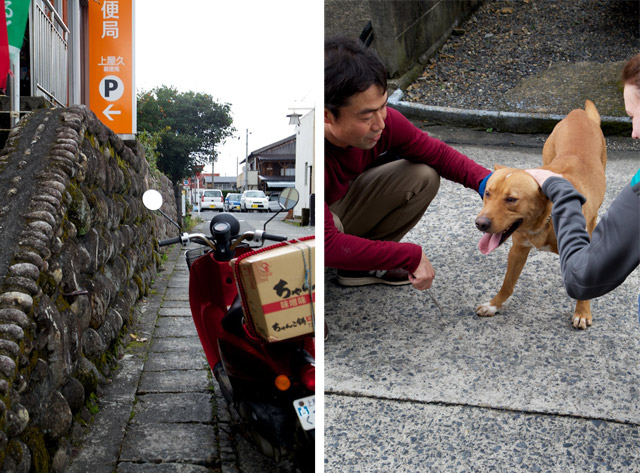 After breakfast we wandered the town and found a cute Yakushima dog to pet. 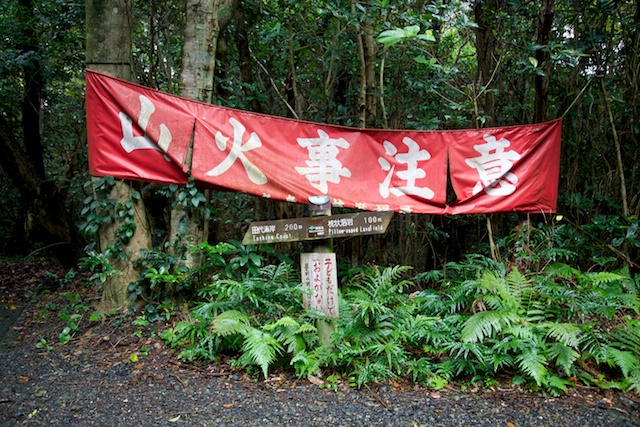 Then we drove into the mountains and spotted a few Japanese deer. To me, they look like American deer chopped off at the knees. 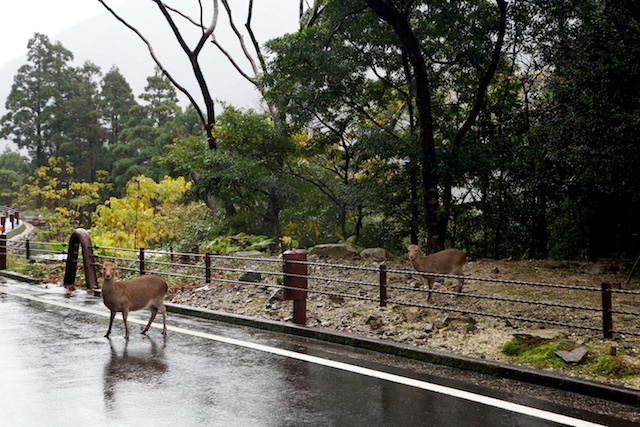 That one is just a little bigger than Murdock. 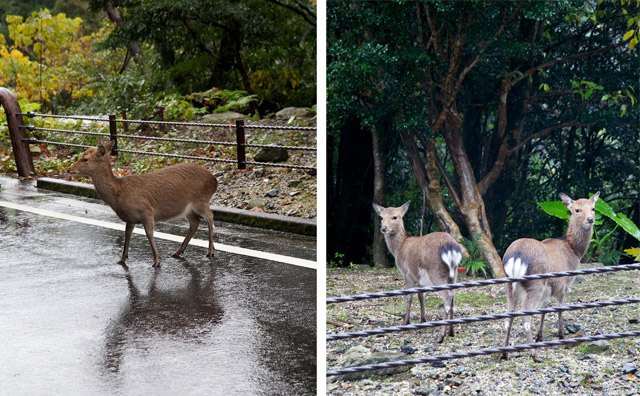 Even though our hikes were basically rained out, the clouds made for some nice, moody lighting. 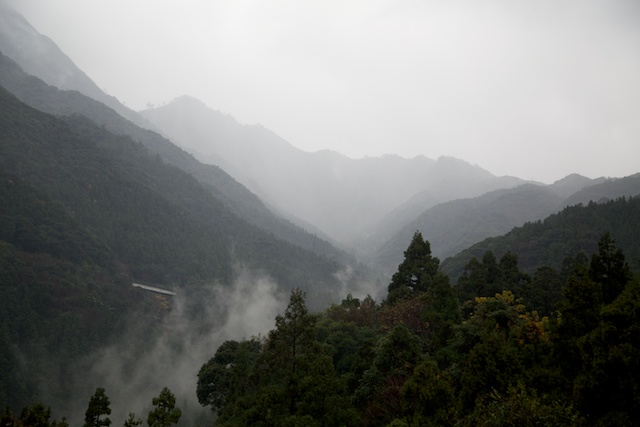 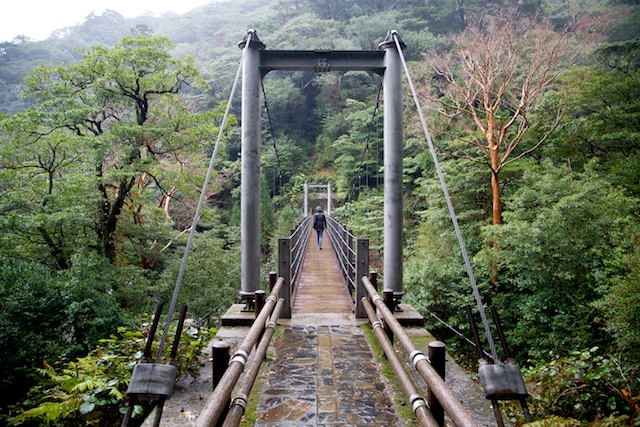 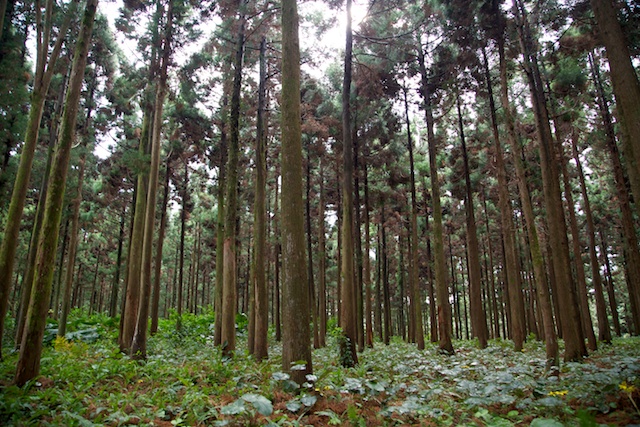 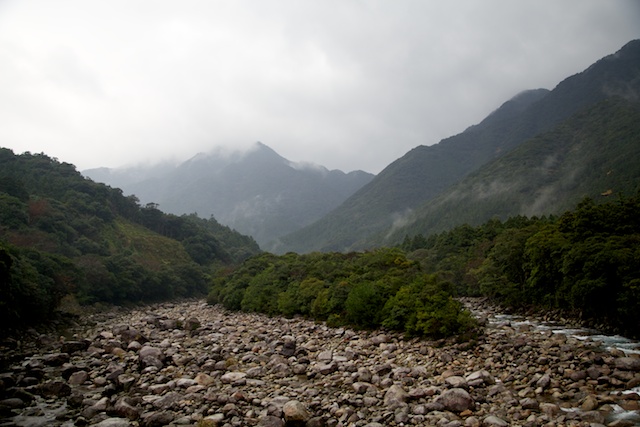 Dinner was pizza. Durn good pizza at a restaurant I’m going to write more about later. 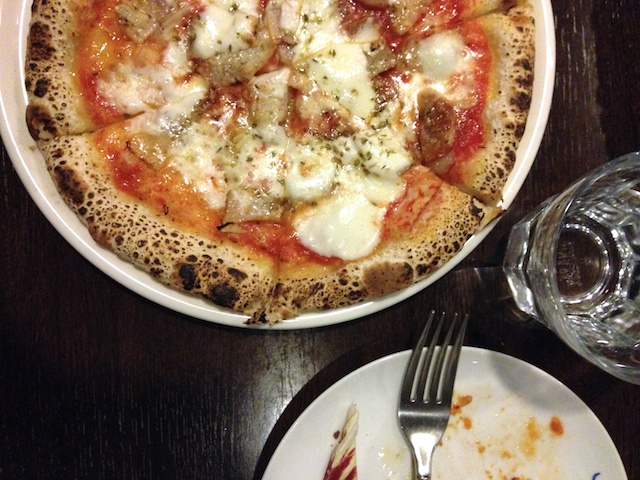 The guy who makes the pizza on Yakushima also makes his own bread and oh dear. Such bread. It was better than most of of the European style bread I’ve had in America. 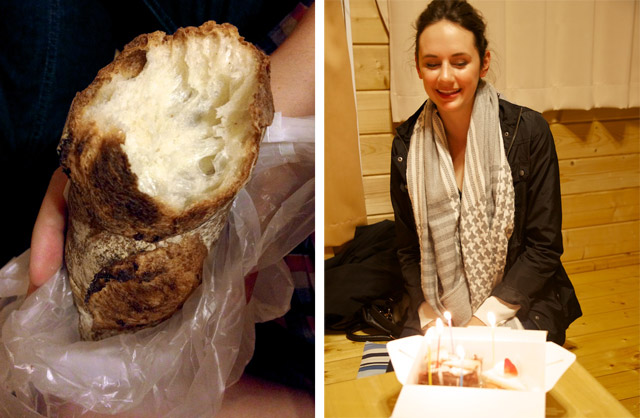 I flitted off in the afternoon for a massage at a fancy hotel and, while I was having my shoulders pinched and kneaded, Cody and our traveling buddies put together an impromptu party for me. With candles! I was genuinely surprised and maybe got a little misty-eyed but played it off super cool like I do. After cake we watched a Charlie Brown Christmas and, truth be told, I didn’t feel a twinge of homesickness all day. 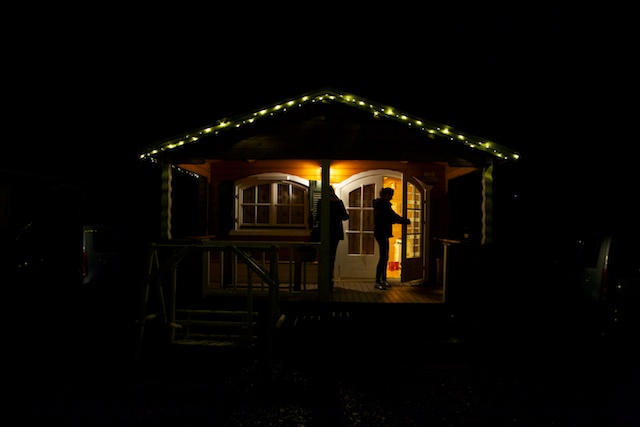 No place like a cabin on an island for the holidays.