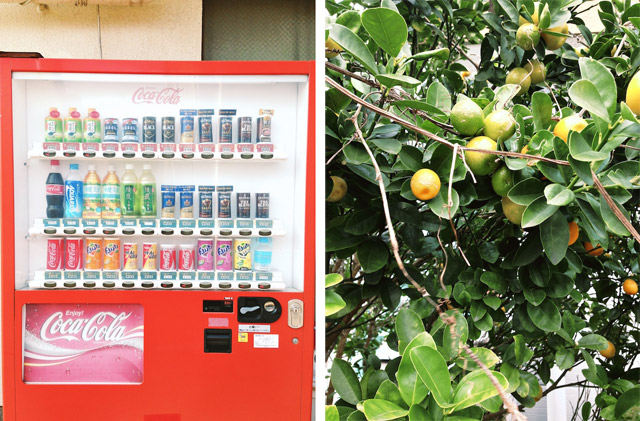 One of the first things I noticed about Japan is that they’ve thought of everything. When I stepped out of the shower at our hotel in Tokyo I looked at the fogged mirror and noticed a perfectly clear rectangle of mirror-space above the sink. Eastern hemisphere phenomenon? NO – JAPANESE DESIGN. Exhibit B: the vending machines. You’ll notice the top row is made up of bottled tea and coffee with red labels. Anything with a red label is dispensed hot. That’s right, hot vending machines. 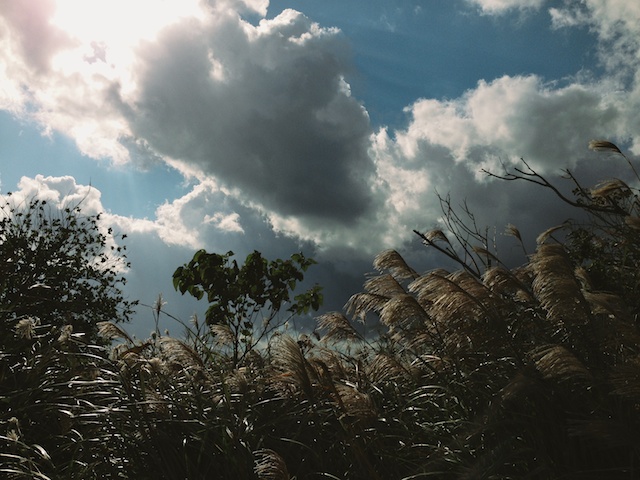 So anyway, Minamitane is a small town, about a 15 minute drive from the closest beach. There are gardens planted between the shops on the main drag and farmland lining the highway to the shore. The newest building was probably finished in the 60’s. People dress in utilitarian layers and more than once I’ve seen someone who looked over the age of 70 hop on a bike and ride down the street, probably to do some grocery shopping or fishing. 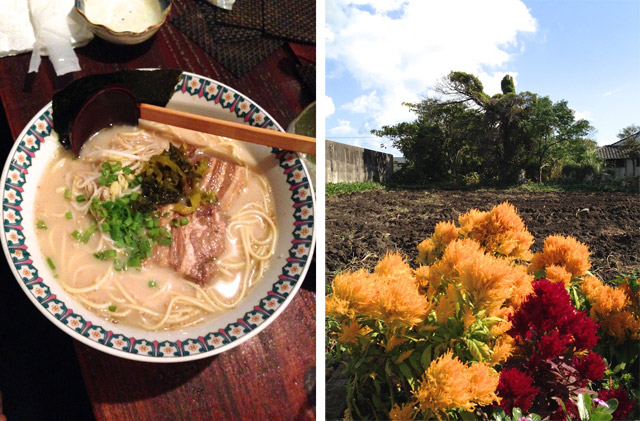 I feel like all the islands I’ve been to (so, Hawaii) have this wind-whipped, mother nature is in charge kind of vibe – and Tanegashima is no different. It’s like the people just let things grow the way they want to, and grow they do. 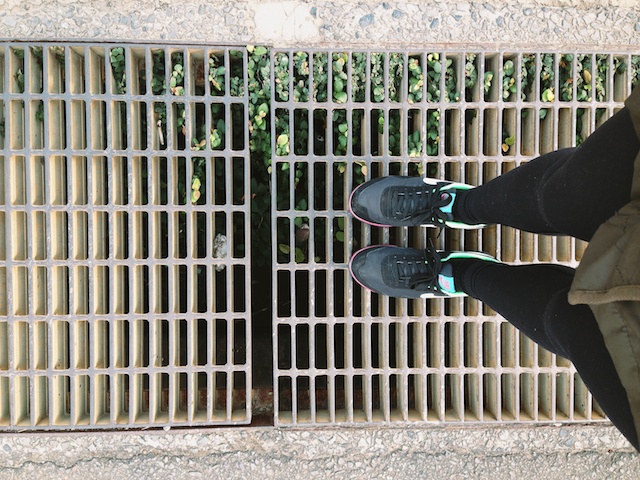 I think an American town of comparable size to Minamitane would have a handful of restaurants to choose from: probably a McDonalds, an Arbys, an Applebees, and a Panera Bread or something. Then they’d have a Wal Mart and maybe a Home Depot. Minamitane only has two chain stores: the co-op, which is delightfully punctuated to read A-COOP. I just call it the coop. Locals call it a-co-opu. It’s a grocery store. And then there’s the everyone store which is basically a super deluxe 7-11 where I get all my insane pastries. More on that later. 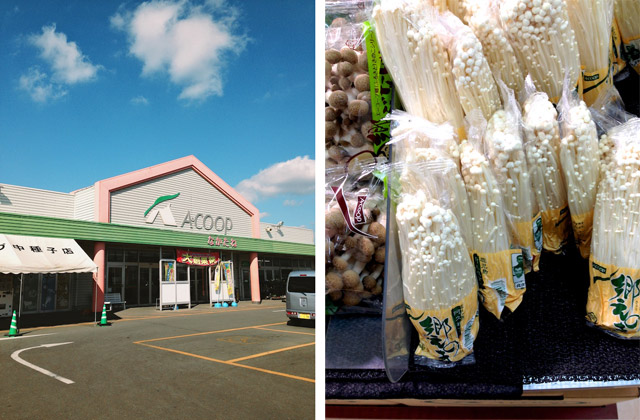 Instead of Arby’s or McDonalds, Minamitane has over thirty independently owned restaurants and almost as many karaoke bars. Most of the businesses here are family-run and each one has a character all it’s own. One of my favorite places is called the Sama-Sama. It’s a yakitori place and the teeny kitchen is tucked behind the bar, so you can see everything happening. The cook wears a bandana on his head and grills with the window open to keep the smoke situation to a minimum, but the whole place smells like burning meat anyway and I love it. I’m going to do a whole post on the Sama-Sama sometime, but all the restaurants here are just bubbling over with nonchalant charm. 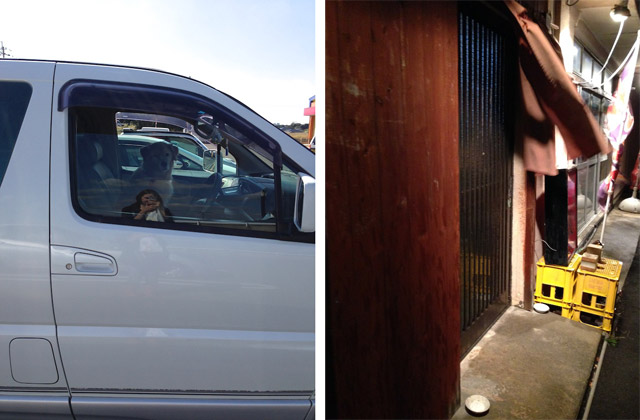 If you walk around town you’ll notice a lot of businesses put bowls of salt outside their door. These are not for eating. They’re for good luck. Also there are a lot of dogs. 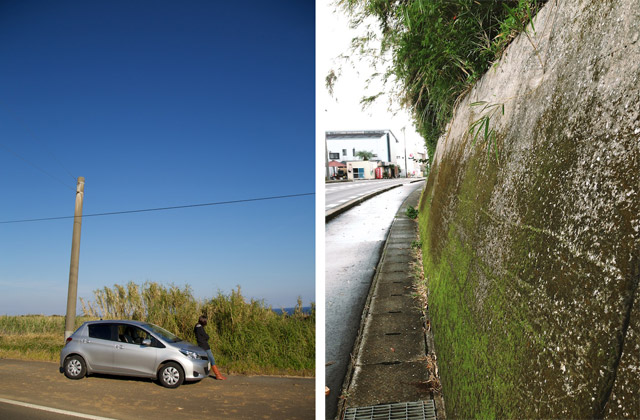 That’s me leaning on our Japanese whip. We’ve only had to put gas in it once in the three weeks we’ve been here. And that’s with Cody driving it at least a half hour every day, and it was only half-empty. Below is a picture of Cody and I out to dinner at a Korean barbecue place and a sign with the town mascot – a cute little rocket astronaut boy. He’s on all the bus stop signs. 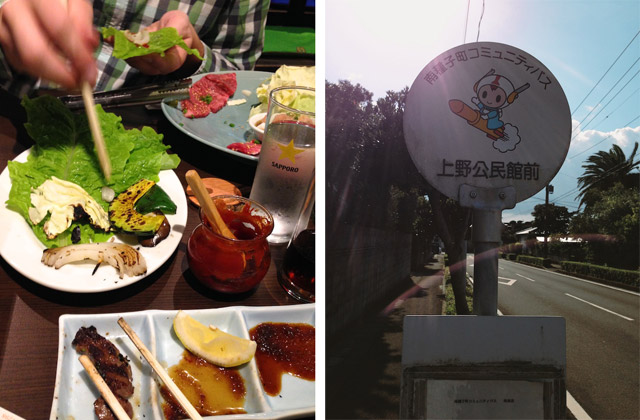 Apparently rocket launches are a big deal here. All the hotels are booked up for the end of February and Midori-san said people will come and sleep in their cars if they have to. So while every town has a mascot and a thing that they take pride in, Minamitane and Tanegashima have more to boast about than most.