Cody and I looked into staying in an apartment here in Tanegashima, but ultimately decided against it. As introverts, we knew our only hope of meeting people and staying out of the hole of solitude was to live in town, near people and shops and food. It’s working pretty well so far. 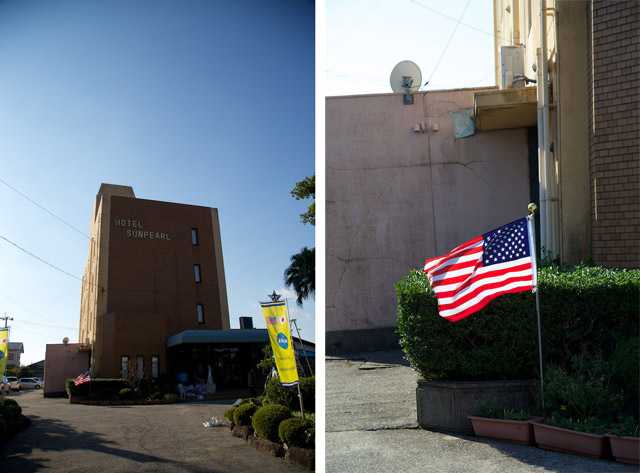 So we’re living at the Hotel Sunpearl in the town of Minamitane. The hotel is basically full of NASA people right now so we see lots of Americans every day, but it seems to be a pretty happenin’ place for Japanese people too. 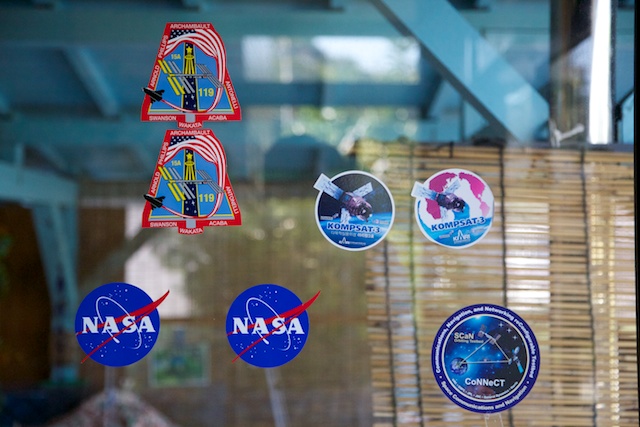 Every night the hotel owner, Midori-san puts out a list with everyone’s names where they order their breakfast and have the option of adding a bento box for lunch the next day. In the morning the boxes are stacked and wrapped and waiting to be taken to work. 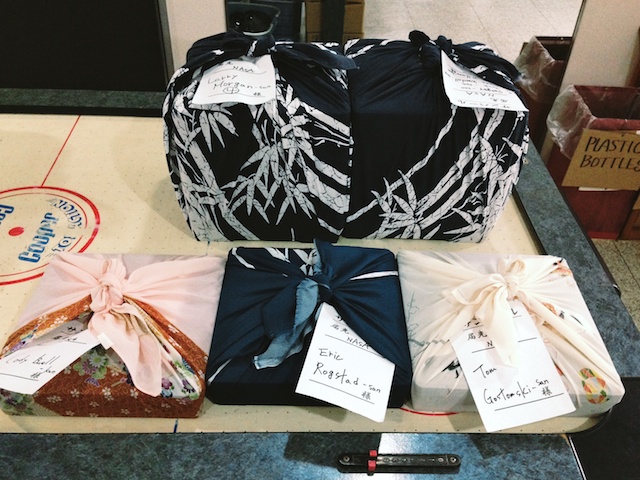 For breakfast we have two choices: western style or Japanese style. The typical Japanese breakfast looks like this: pickled vegetables, some kind of meat, a piece of fish, miso soup, a packet of nori, rice, an egg (raw if you’re Japanese, boiled if you’re scared or American) and green tea. I’ve had the Japanese breakfast a few times, and it’s fun, but I rarely eat all the pickled vegetables and I feel bad leaving things on my tray, so I usually opt for western. That piece of fish there looks scary, but it was braised in sweet soy sauce and it tasted shockingly good. 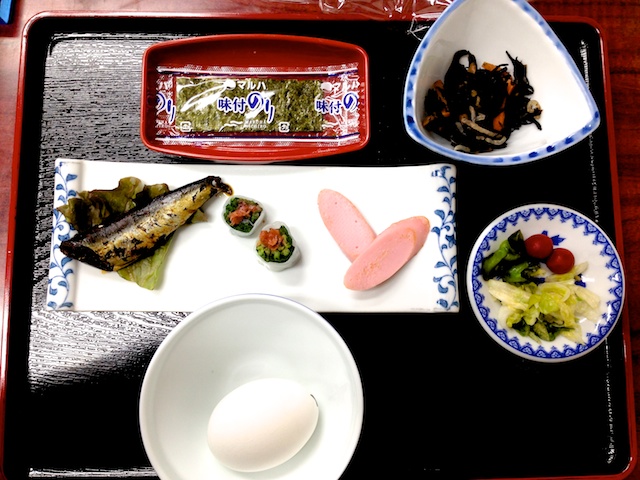 The Sunpearl is home to lots of goldfish that I’ve taken an unhealthy interest in (probably because I’m missing Murdock). One has been floating upside-down for a couple of weeks now and has me concerned, but he keeps on kicking. Midori-san made fun of me when I told her I was worried about him and suggested I take him to the hospital. Maybe I will! Harumph. 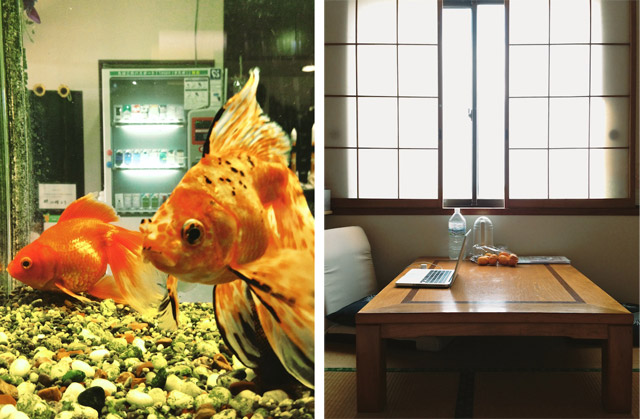 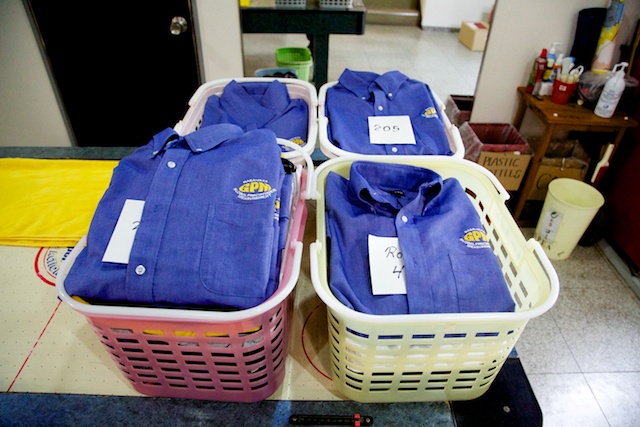 Midori-san and her mom (Mama-san) have been keeping an eye on me since I’m at the Sunpearl most of the day. One day I was eating a salad for lunch in the dining room and Midori-san said “only salad”? and gave me this rice ball to fill out my meal. The tray on the right is a typical western-style breakfast. That bowl at the top was mushroom chowder, which was kind of an odd thing for breakfast, but man was it good. It seems like Japanese people make chowder whenever they have a bunch of vegetables to use up, and I’m going to follow suit when I get home. 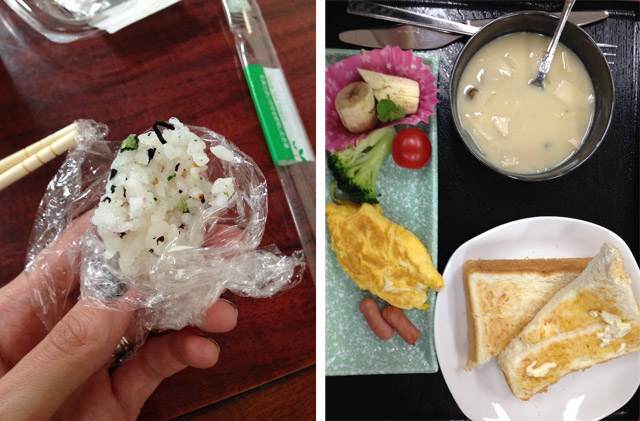 Mama-san cooks lunch for the hotel staff sometimes and every now and then I’ll get a knock on my door with a surprise treat from her. One day she even made okonomiyaki and brought it to my room. I was worried I’d have to hide it in the trash (based on my previous experience with okonomiyaki), but it was delicious. 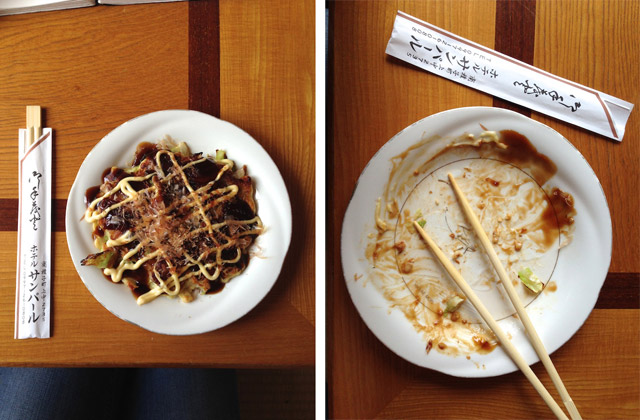 So this is my home until March. I’m quite taken with it.