I’d heard good things about okonomiyaki before coming to Japan. It was high on my list of foods to try upon arrival. Okonomiyaki is basically a giant cabbage pancake layered with sprouts, pork, noodles (in Osaka style okonomiyaki) and sauce. Nothing challenging about those foods for me, so I was pretty excited. 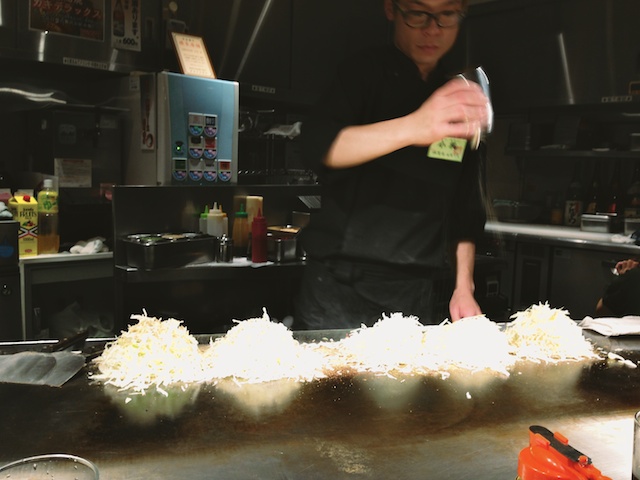 The restaurant we went to was beyond rad. Tucked away on a side street, down a steep and narrow flight of stairs. Ten seats, two cooks, a cloud of smoke, and one giant griddle. 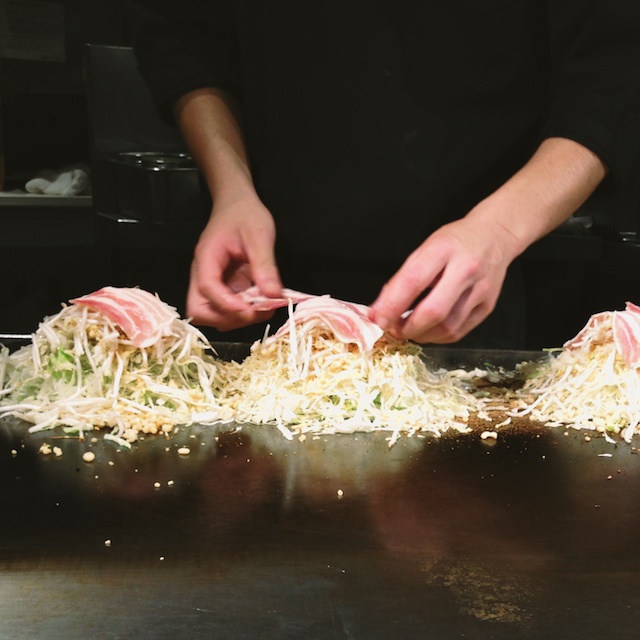 After waiting for a few seats to clear, we took our places in front of the action. We ordered off of a laminated, illustrated menu by pointing out what we wanted directly to the cook. After finishing off the order before ours and setting it in front of some Japanese customers, he started ours. A little puddle of batter, swirled thin like a crepe, a big handful of cabbage and sprouts, and three slices of unsmoked bacon.

An impressive flip, and a scrambled egg that I didn’t get a photo of. 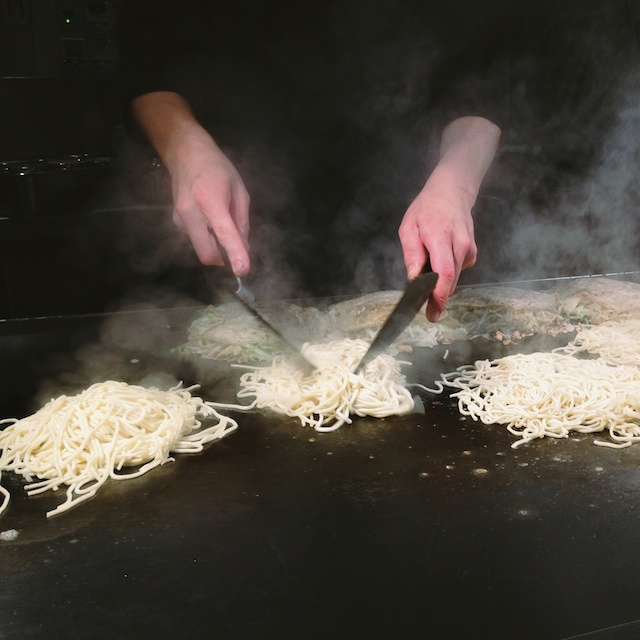 Mounds of fresh noodles, which were piled on top of everything else and flipped again. 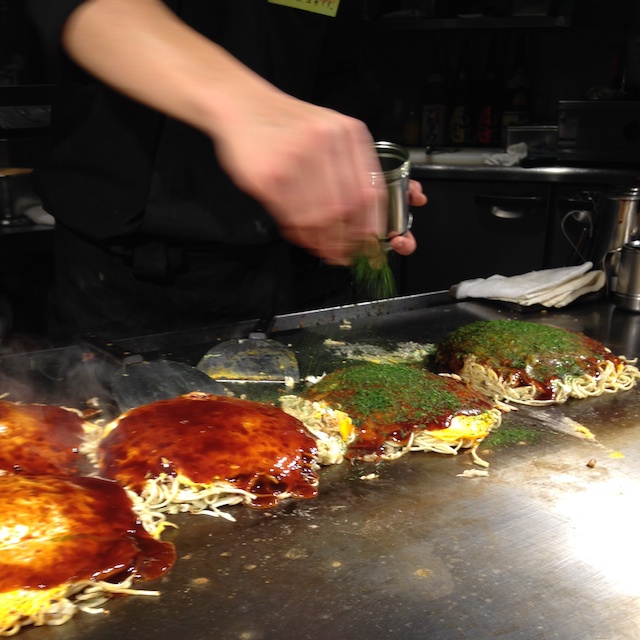 When these pancakes began to look finished, the size of them made me nervous. I’ve never seen a Japanese person leave food behind. And even if  they do, they wouldn’t here, because the cook is watching you eat. THEN when that glossy brown sauce hit the grill, I knew this was going to be a struggle for me. It smelled intensely sweet, and that dusting of seaweed sticking to the top – the combination of smells made my stomach turn.

Mayo though, I can handle mayo. Maybe I’d get through it. 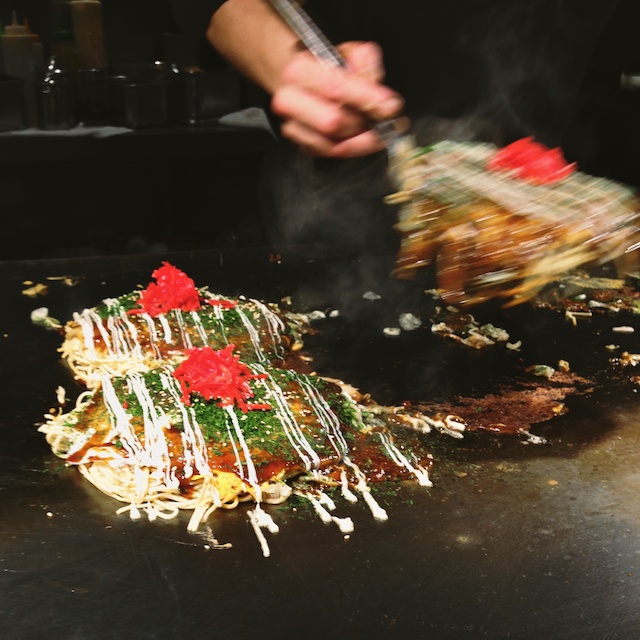 But I couldn’t. I wanted to stop after three bites because the sauce and seaweed  just weren’t for me, but I pushed myself and ate half of it. For perspective, those things were bigger than my head and probably an inch and a half thick. STILL, leaving half of your food unfinished in front of a foreign cook who takes his job seriously and does it well – I’ve never been so embarrassed to leave a restaurant. And I’m supposed to be a good eater. An adventurous eater. A grateful and easy restaurant patron. A person who can count the foods she hates on one finger (it’s bananas btw). And this was the third Japanese meal in a row that I couldn’t finish. First udon, then my overly rich ramen, and then the massive seaweed-infused dessert-sauced okonomiyaki. All serious eaters love Japan and it’s cuisine. If I don’t love it, what am I? Maybe I should just go get a job at the Casserole Shanty. For a couple of hours the segment of my identity named “food lover” was battered, and I tried to console myself by thinking that if nothing else, maybe I could take up kendo and come home from Japan with bulging muscles and zero percent body fat or something.

After a week on Tanegashima, I can assure you that won’t be happening, but for a couple of hours I was pretty nervous. So I’m chalking my first few meals up to horizon-expansion, a serving of (probably needed) humble pie, and just bad luck.