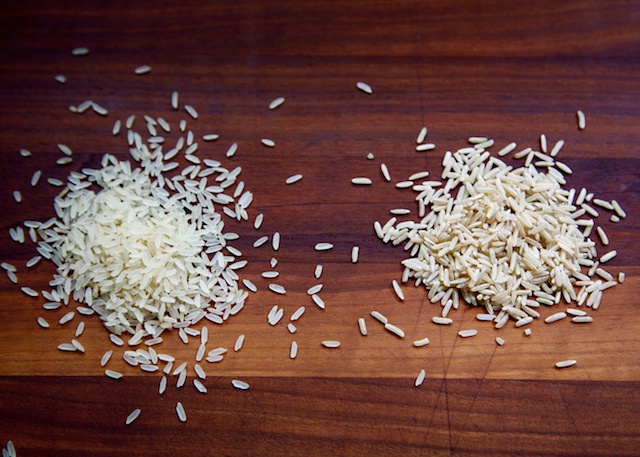 I tried to sit down and write this post three times without success. Apparently rice intimidates me. It’s such a basic thing – so fundamental to survival for so many people,  and also so rife with tradition that I have no claim to. But I eat it, and I cook it, and I think I’m allowed to share a couple of tips that have helped me make it better. 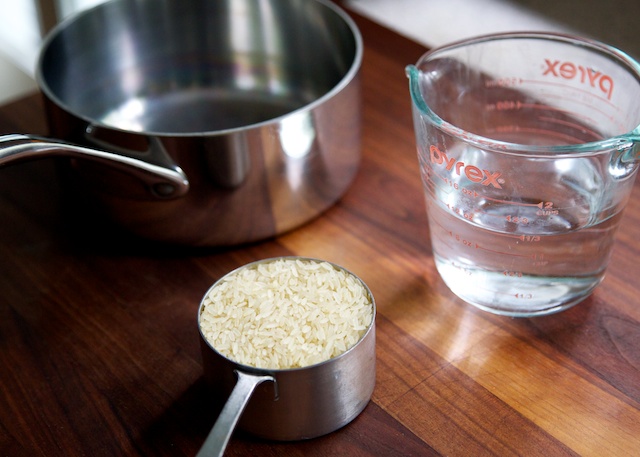 When I’m making white or jasmine or basmati rice I use the absorption method, and you probably do too. Most rice bags outline this method with a ratio of 1:2 rice to water, dumped in a pot and brought to a boil, then covered and reduced to a simmer for 15-20 minutes until all the water is absorbed into the rice. 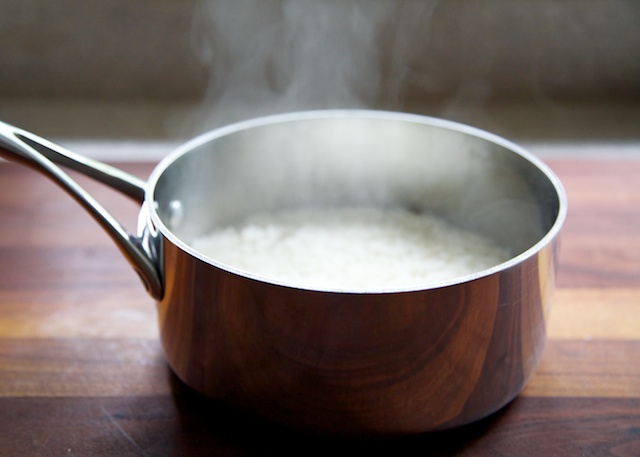 I used to have a problem where the rice I made always came out mushier and generally crappier than I would have liked. I was helping my grandma out in the kitchen a while ago (who’s from the south and lived in Japan briefly and makes rice a LOT) and I noticed that she used a lot less water than the package called for, and her rice always came out pleasantly dry and fluffy. I asked and she informed, which brings me to TIP #1: USE LESS WATER, GET NICER RICE. Instead of two cups of water for every one cup of rice, I use about 1 1/3 cups of water per cup of rice, and I love the result.

I haven’t gone all the way down to 1:1 rice to water, but some people do it and like it. Some people don’t even measure their water with cups, they just fill their pot until the water comes up past the rice to their first knuckle. I’m not that confident yet, so I use cups. 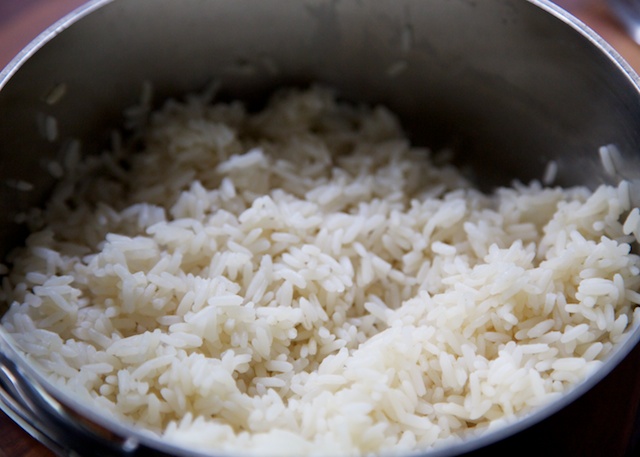 Rice can be delicious on its own when it’s properly made, but it’s such a lovely canvas for other flavors, it feels like a shame not to embellish from time to time. A pinch of saffron before cooking in Indian dishes, a sprig of thyme thrown in the water for a little herbaceous note, or fresh cilantro stirred in after cooking for freshness. And salt. Never forget to salt your rice, no matter what you’re making 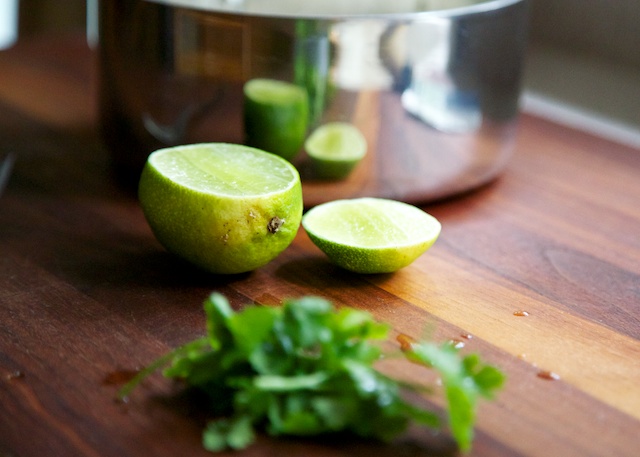 If you’ve ever wondered what Chipotle does to their rice to make it so tasty, it’s this: they stir in fresh lime juice and chopped cilantro after the rice is cooked. 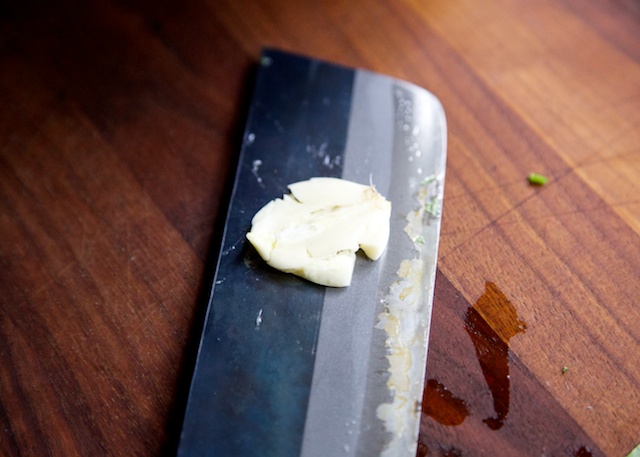 What’s even better is throwing a crushed clove of raw garlic in the pot with the cilantro and lime after cooking and just letting it sit and percolate before serving (just remember to fish it out before you dish up). I call it garlic-infused cilantro lime rice, and it is bangin’. So that’s TIP #2: ADD STUFF BECAUSE IT’S FUN and basically foolproof. 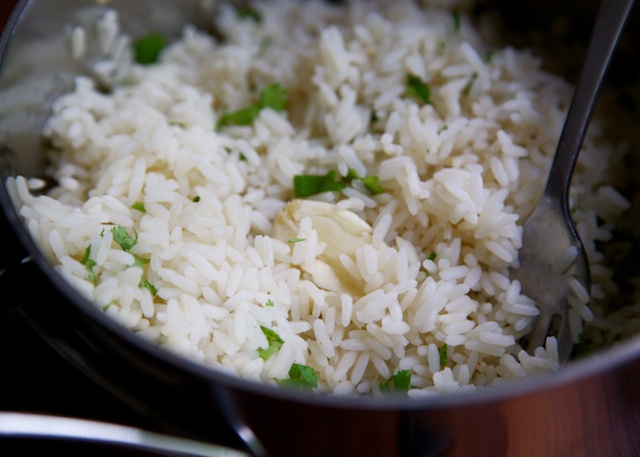 Brown rice is a beast of another stripe. It’s essentially white rice with the brown hull left on, and that hull makes the rice a super-healthy complex carbohydrate with lots of fiber, but it also makes it tricky to cook. Brown rice takes longer to cook than white rice – like twice as long. And when you’re working with stove cooking, the heat is sort of unevenly concentrated on the bottom of the pot. Uneven heat and long cooking can cause problems for brown rice, ranging from burning to under-cooking, with grains that are mushy on the outside and crunchy on the inside. Yum? 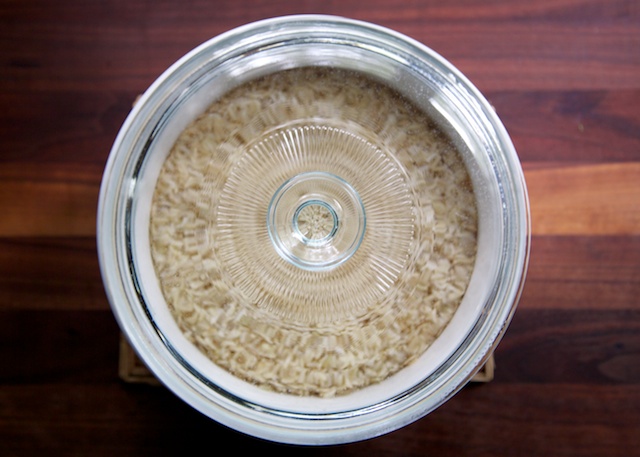 What I’m trying to say is (TIP #3): YOU SHOULD COOK BROWN RICE IN THE OVEN. Ovens are really good at creating even heat for long periods of time with no serious burny hot-spots. I follow the Alton Brown method (Alton Brown is my spirit animal) and my brown rice is always perfect. I do not mess with the water ratio here. Just follow the recipe and trust in Alton. 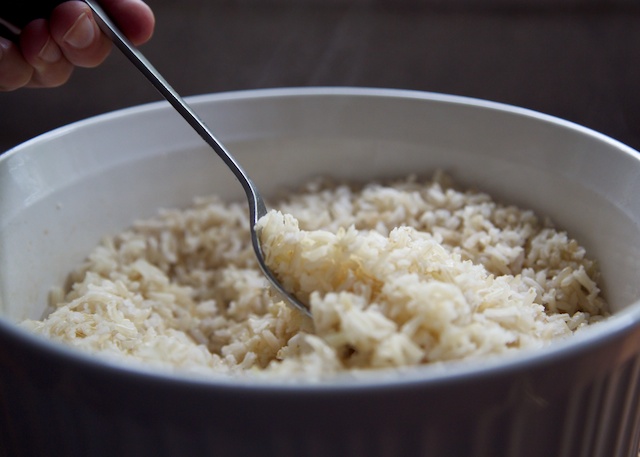 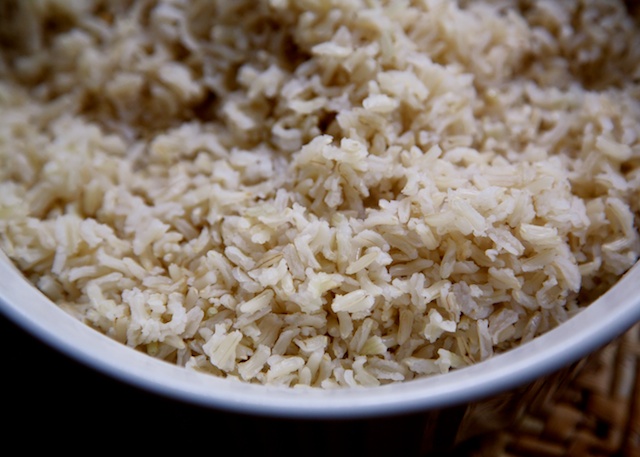 There is so much more that could be said about rice, and probably a lot of people out there with a lot of opinions about what’s right and proper, but I’m just a girl who eats it sometimes. So if you have any advice for ME, bring it.