Back in April Cody and I took a trip to New York to see the sights and hang out with my friend Amy. 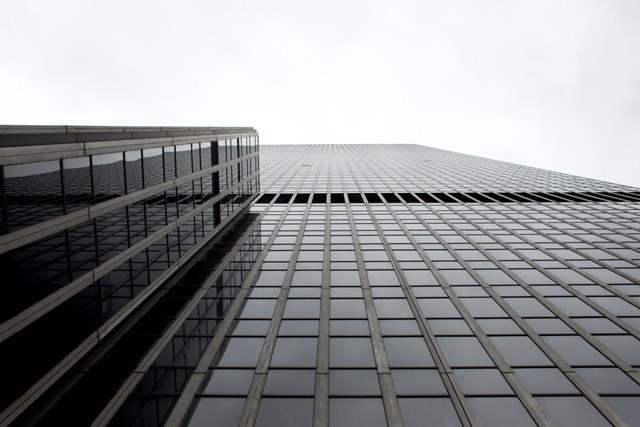 She’s studying to become an art appraiser at Christies auction house and she took us to the MoMA where we learned a lot about the art there. I have to say I recommend bringing an informed friend to museums if you can, its better than a tour. I studied a bit of art in college, but definitely forgot most of it. The whole time I kept saying “Oh, that’s that painting, who’s that by again?”. 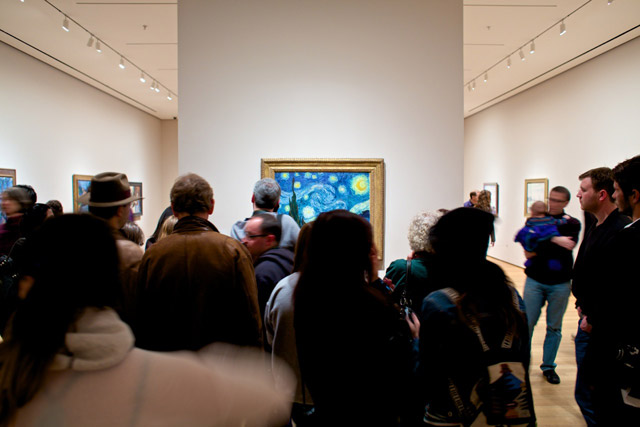 The famous Starry Night by Van Gogh. This is an accurate representation of how close we were able to get. 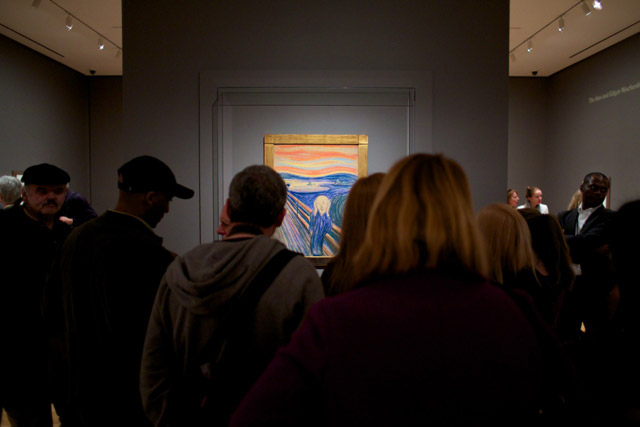 The Scream by Edvard Munch. Feeling so cultured right now. 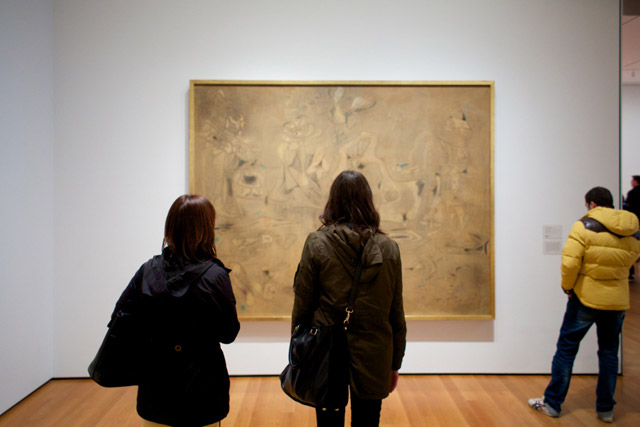 Apparently I was struck by this beige number. I can’t for my life remember what it’s called. I even just googled “big beige painting in the MoMa” – no luck.  NEWSFLASH: I asked Amy, she found it (of course she did) it’s by Arshile Gorky and it’s called Summation. 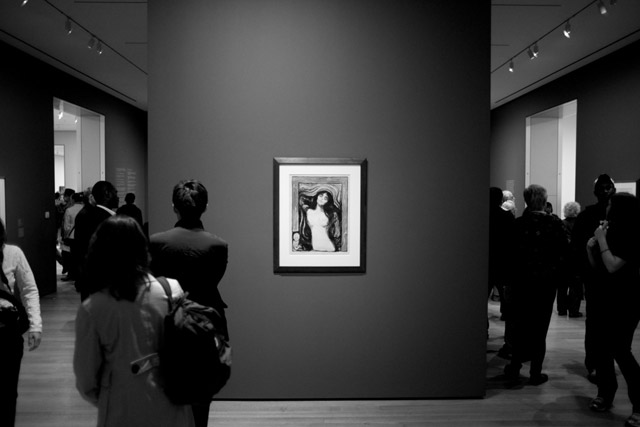 This one is the Madonna by Edvard Munch again. I found her quite brazen for a Madonna and I like that sort of thing. 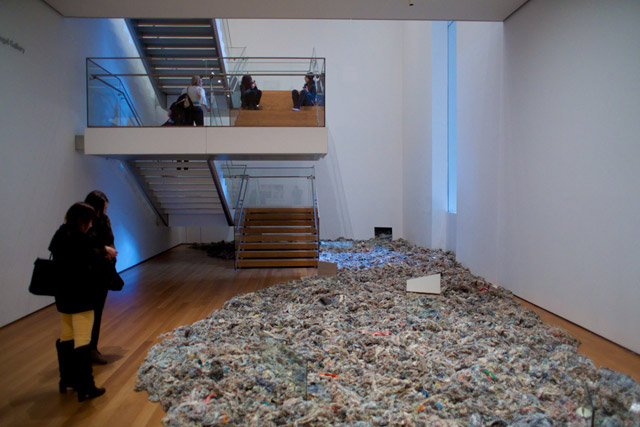 That’s one big pile of art. We totally get it (we don’t get it). 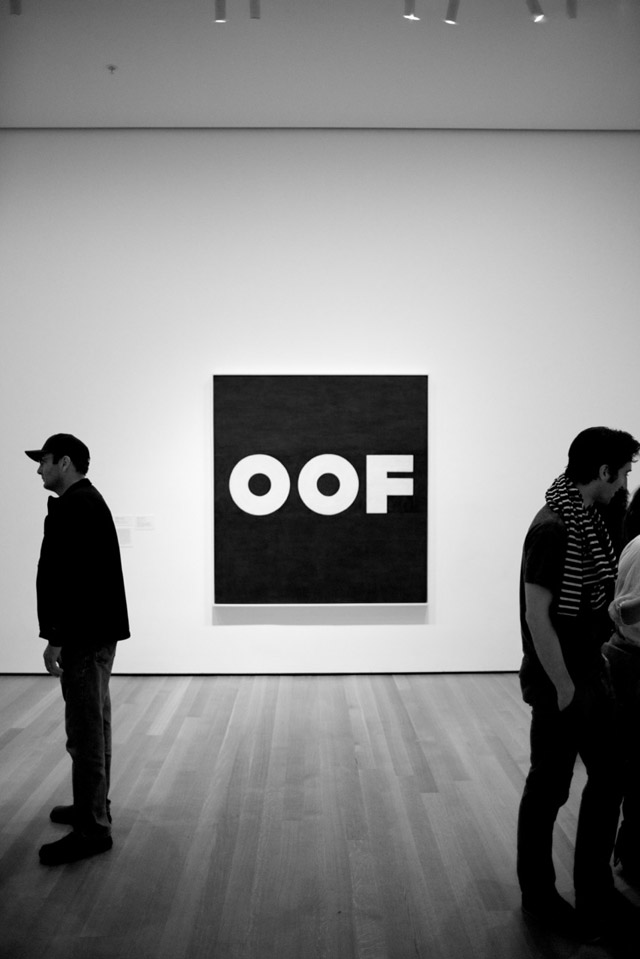 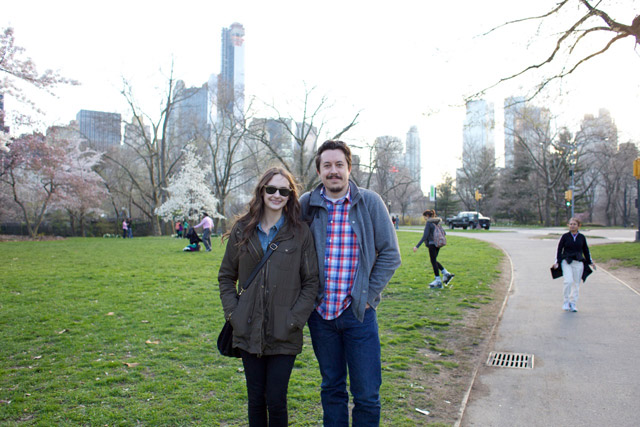 That’s me and Cody stopping to pose in Central Park, as we do.

The trees were just barely thinking about budding at this point. 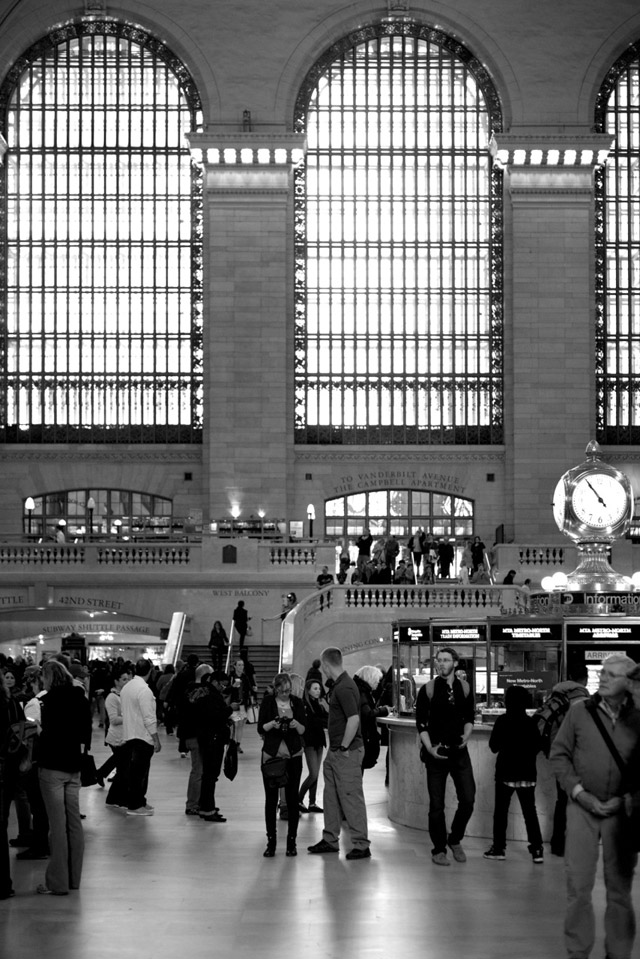 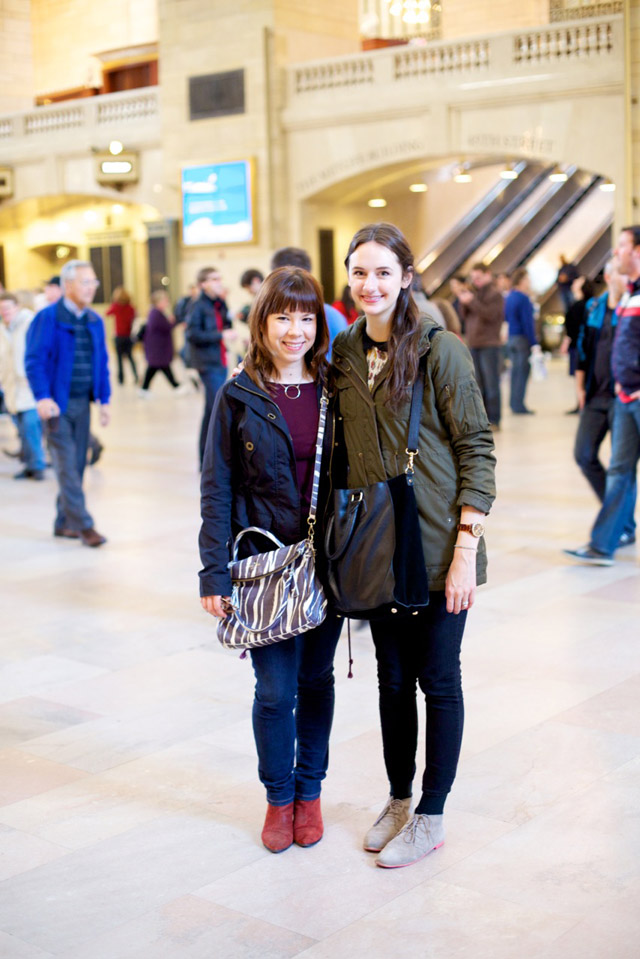 Posing in Grand Central Station, as one does. We tried to stay out of people’s way, but when you’re a tourist in NYC, it’s kind of impossible to not feel like you’re in everyone’s important way. 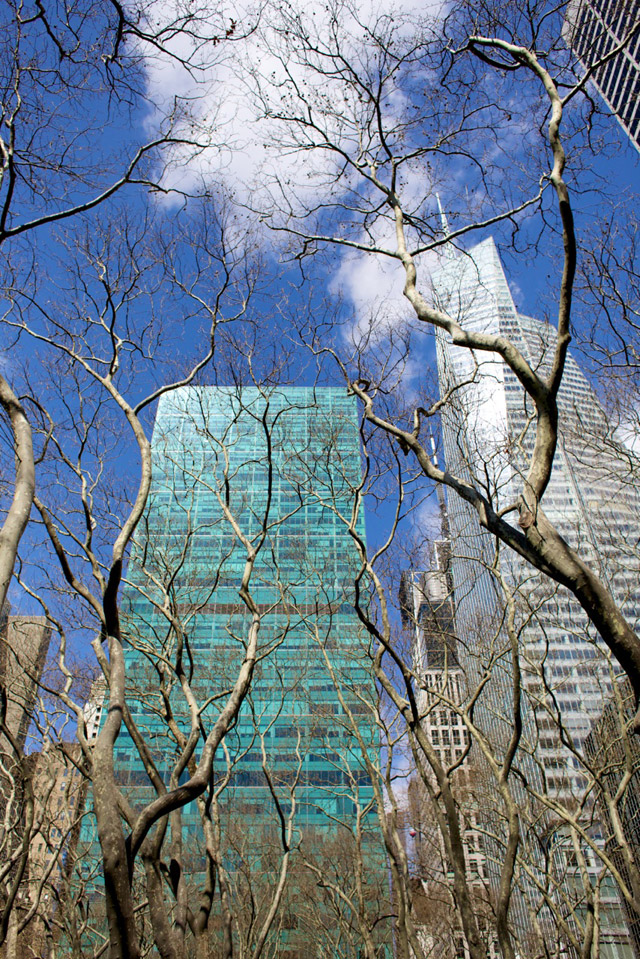 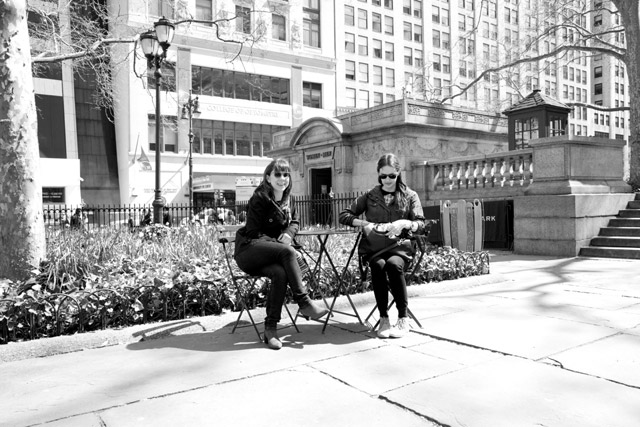 Having a little sit down in Bryant Park. 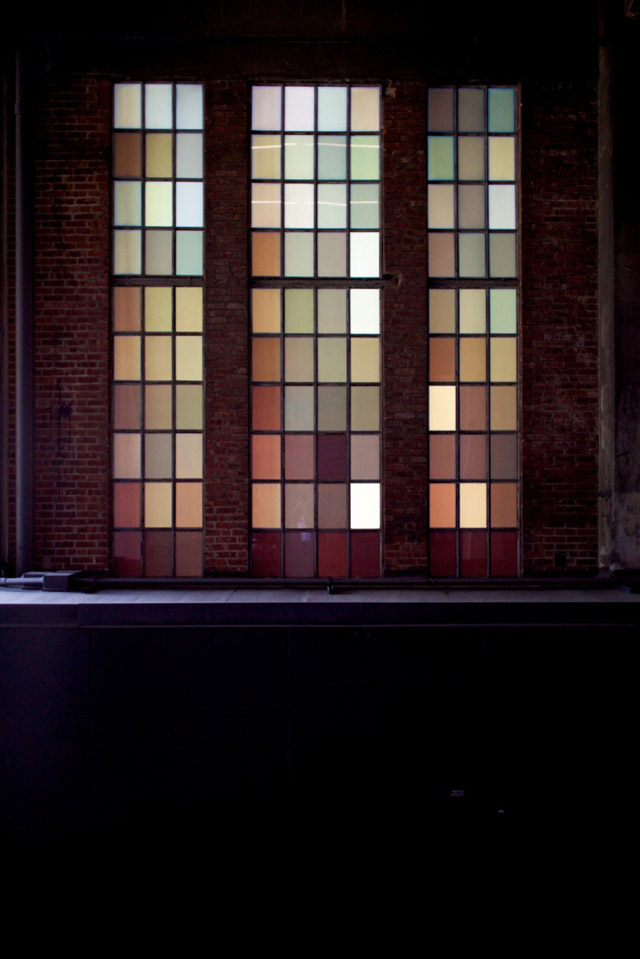 Window art on the High Line.

I think I love New York. All the Gossip Girl episodes I’ve been watching on Netflix have made me want to return for a little fall city action. I want to stroll down a sidewalk with a paper cup of something hot and wear couture to my expensive prep school. Or since I’m not a rich teenager, maybe wear Zara to Vanessa’s Dumpling House, but definitely with that cup. Fall excites me more than most seasons.

A million thank yous to my darling friend Amy for hosting Cody and me, touring us around, and helping us navigate the subway. You did such a good job you’ve earned a repeat visit! And we’re thinking about moving in. Lucky you.