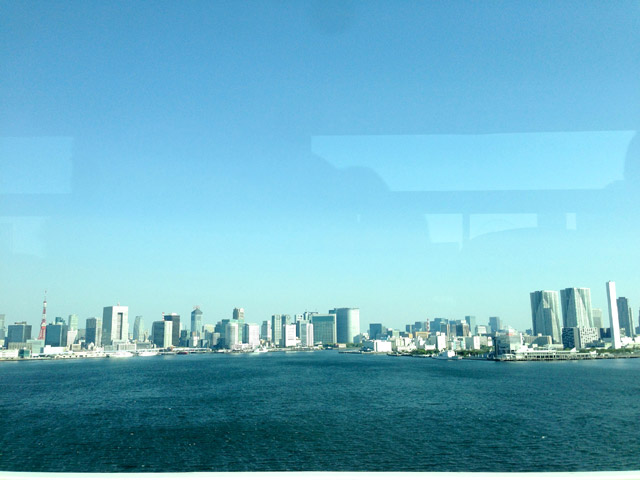 It’s been a crazy few weeks over here in the B.A. After making the decision to move three weeks ago, we took a road-trip to Tallahassee to see my grandparents. Then, last weekend we took a trip to see my friend Amy in New York (photos to come!) and yesterday Cody left for a work trip to Japan. Then, as soon as he gets back we’re going to pack up the car and start bringing loads of our stuff to our new place of residence. On top of that, I took on some new freelance work, and put in my two week’s notice at my current job. So, yikes.

I’m the kind of person that tends to get a little overwhelmed by long lists of time-sensitive moving-related chores, so I spent a lot of this weekend procrastinating the packing and address-changing by watching chick-flicks that Cody couldn’t abide (one of the only fun things about Cody being away) and taking Murdock on rides in the car to listen to podcasts about Japanese culture and feminism (separate podcasts – I’m not quite that well-informed). The day before Cody gets back I’ll probably get hopped-up on crystal light energy drinks and do ALL THE CHORES I can think of for the move. That’s my “system” and it sometimes works. 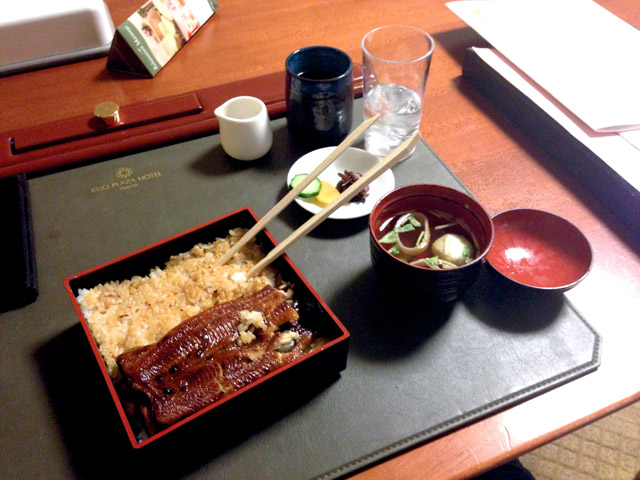 I have also been spending my time nagging Cody for pictures of Japan and especially his food. Last night/this morning (it was 9am here, 10 pm in Japan) he had this bento box with eel and rice which he got through room service at his hotel for the modest price of FIFTY EIGHT DOLLARS. First of all, Cody is not an adventurous eater by any stretch, so he chose eel? Second, that better have been the most delicious smoked sea-snake of all time. 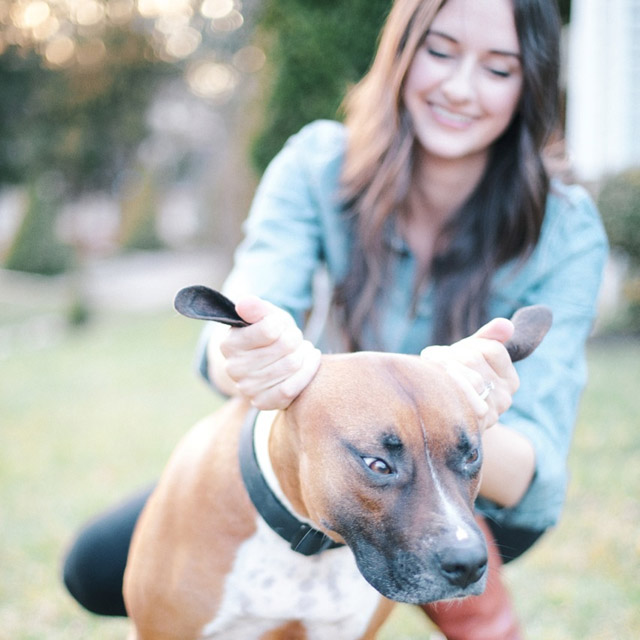 So, Murdock and I will be keeping each other company this week. There will be walks if the weather permits, rides in the car if it doesn’t, and probably a shared french fry or two, because what’s a ride in the car without a drive-through snack? Also, don’t I look like Elmyra in this photo? Do you even know who that is? I promise no animals were hurt in the making-of. Murdock loves a vigorous head-massage.