Recently (sort of…March), Cody and I went to DC. His aunt was going to be in town from California and we decided to drive in and meet her. The weekend we went happened to be in the middle of the cherry blossom festival, so I planned and fretted over the CROWDS and the TRAFFIC, and made sure we left the house by seven a.m. and when we got there the whole city was a ghost town. I felt a little silly. 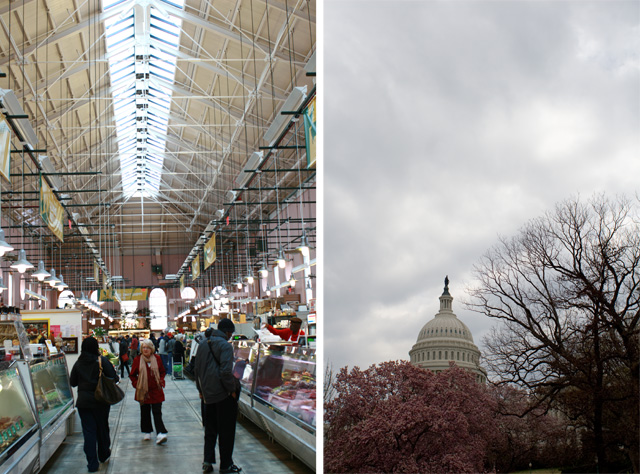 With plenty of time to kill before dinner with the auntie, we decided to hoof it over to eastern market. Eastern market is some kind of required pilgrimage for the food-obsessed visiting the capitol. It was pretty cool with a small, but well-edited selection of fresh produce, meat, cheese, baked goodies, and nick-knacks. I had fun ogling all the varieties of bacon. There was also an entire stand dedicated to pickles and one dedicated to crepes.

Despite the fact that I had just had breakfast at starbucks, (a bacon and egg sandwich) I indulged my inner hobbit and made a “second breakfast” of a crepe with ham, apples, maple syrup, and muenster cheese. I do not regret it. 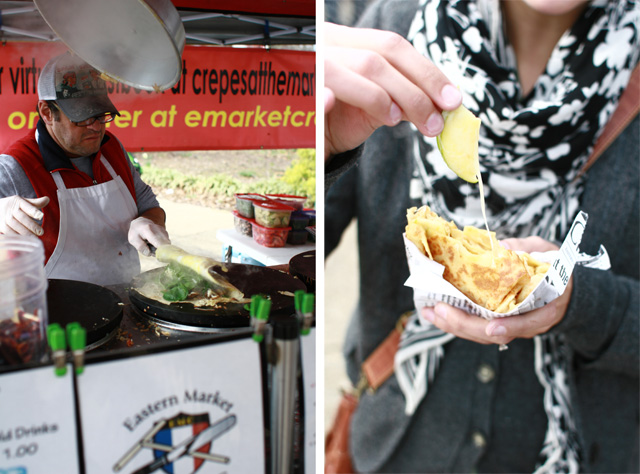 After making a pig of myself, we hit the museums. I saw an original Gutenberg bible at the Library of Congress and we visited the iconic elephant at the natural history museum. 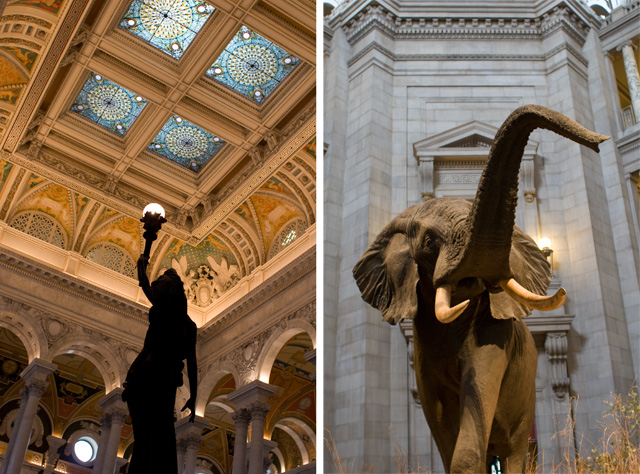 Then we ate lunch at the air and space museum. It was hellish. We chose that location out of desperation. The crowd was massive, mostly comprised of adolescents, and cranky. There was nowhere to sit (we stood), and I saw three separate people spill soda on the carpeted floors. Carpeted floors in a food court is a horrible idea. When you go to DC, avoid the air and space museum at lunch time. It’s a great place, but not for food.

We had the most fun at the American History museum, due to the fact that there are many mannequins. That’s me being creepy with a mannequin on the right. There was also lots of movie memorabilia. I was disappointed to find out that the belly of C3PO’s suit was just a thermal shirt. 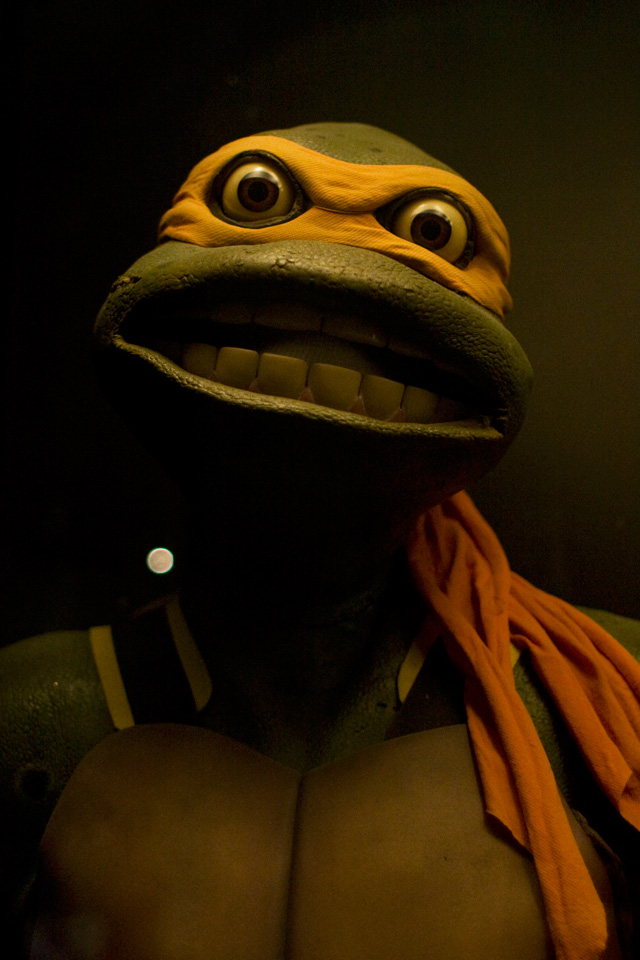 We also stopped to admire a Michelangelo. It was radical.