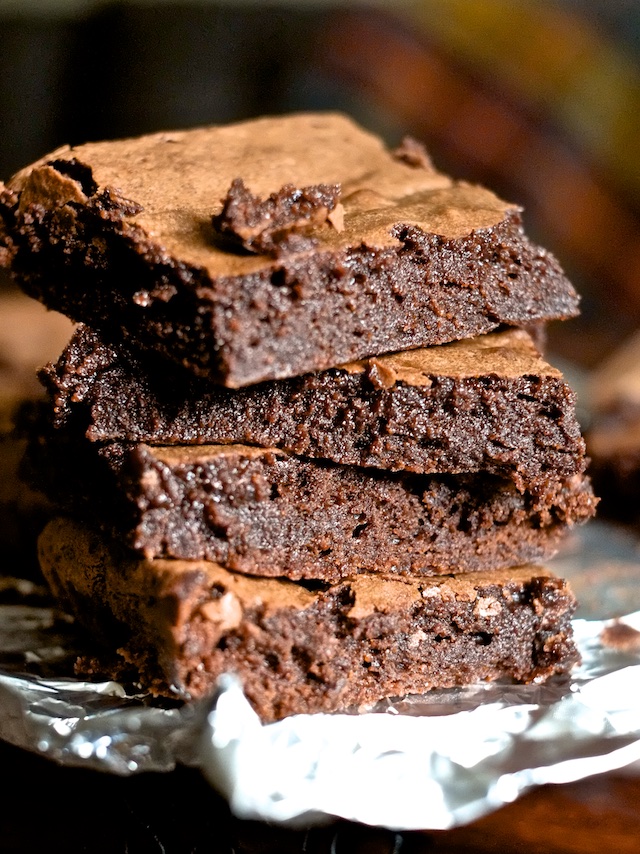 I am not exactly the queen of desserts. I think I have four recipes for sweets on this site. And they’re all on the very basic end of the dessert spectrum. I don’t normally go for sweets at all, but when I do, I keep it simple.

Lately my cooking habits have changed. If you follow me on Instagram, you heard already, but I’m pregnant! Aaaand my relationship with food has become complicated. Thankfully, I’m through the worst of the nausea, but for weeks I hated the smell of food being cooked and if there was even a trace of any aroma left after I was done eating, the windows had to be opened, candles had to be lit, and scented sprays had to be spritzed. We ate a lot of fast food.

And I’ve been craving desserts like I’ve never craved anything in my life. I don’t know how many of you have ever been pregnant, but the violence of a pregnancy craving (or aversion) is unreal. If someone suggests a food to me, or if someone in a show I’m watching happens to be eating something, I either need it so bad right now that I’m actually drooling or I want it burned out of existence before the thought of it makes me vomit. I have not been able to even look at broccoli, for example, but chocolate makes me dizzy with want (and burgers and pizza and crispy chickens of all kinds). 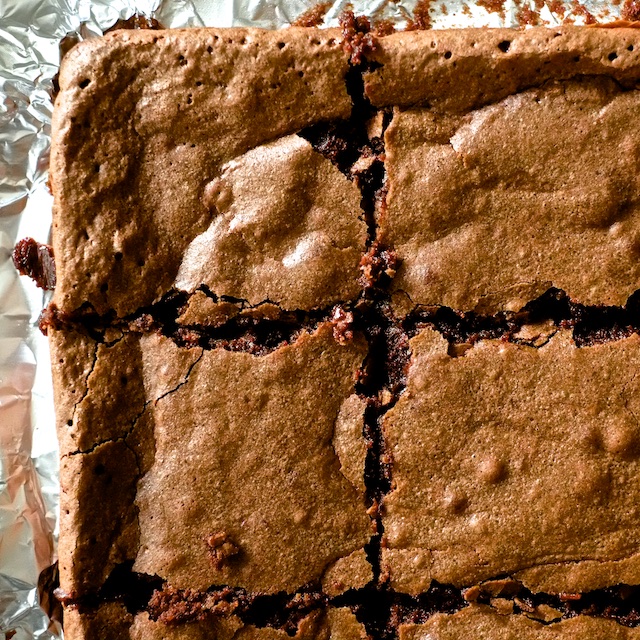 So, I made brownies. Fudgy ones. With real chocolate.

The best trick I have for fudgy brownies is to underbake them ever so slightly, so when you check these for doneness, look for slight wobble but not slosh, and for a knife or stick that comes out from the center of the brownies almost clean, but with a few sticky chocolate crumbs holding on.

Method:
1. Preheat your oven to 325F. Heat a small pot of water over medium heat until it simmers. Set a glass or metal bowl on top of the simmering water (the bottom of the bowl should not touch the top of the water). Use a bowl that is large enough to hold the entire batch of batter (a standard 2.5 qt mixing bowl will do the trick).

2. Into the mixing bowl over the simmering water (btw this is called a double boiler) add your chopped chocolate and cubed butter. Stir the chocolate and butter until completely melted.

3. Remove the mixing bowl from the pot of water and let it cool slightly. Stir in sugar and test the temperature with your finger. When the chocolate and sugar are no warmer than body temp, you can add the vanilla and start adding your eggs and mixing them in one at a time.

4. When the eggs are stirred into the chocolate and sugar mixture, mix together the flour, salt, and baking powder in a smaller, separate bowl. Add the dry ingredients to the wet ingredients in two or three additions, folding to combine.

5. Pour your finished batter into a buttered, parchment or foil lined 9×13 baking pan. Bake for 35-45 minutes or until a knife or toothpick inserted in the center of the brownies comes out with a few sticky crumbs attached. Allow to cool, slice (this part will be messy if you’ve done it right) and serve.